James B. Comey has 3,268 days left in his term as the nation’s seventh director of the FBI and he plans to use every one of them to carry out a major leadership transformation at an agency steeped in tradition and known for an insular culture that values the special agent above all other roles.

Comey is advancing a quiet revolution throughout the ranks of the FBI started by his predecessor Robert Mueller. But while much progress has been made to recalibrate the FBI from a pure crime-fighting organization to an intelligence-driven national security enterprise, Comey acknowledged it will take the majority of his tenure as director to institute the type of cultural and leadership transformation he envisions. 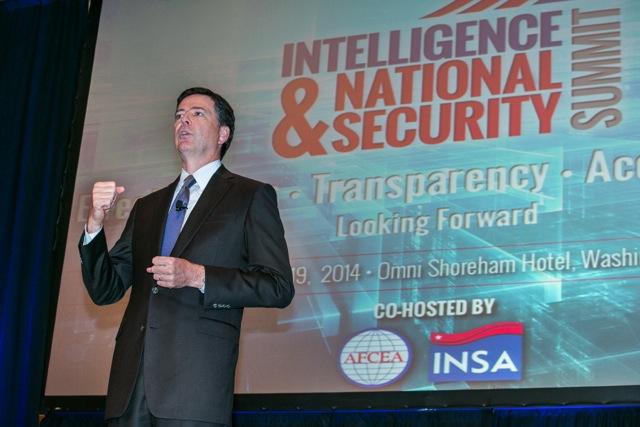 “I believe the FBI should be the leadership factory of the United States government and it’s not there yet,” Comey said, speaking Sept. 19 at the Intelligence and National Security Summit in Washington, D.C. “I actually think that we’ve reached an inflection point. We’ve hired a tremendous amount of talented people over the last ten years. And now the question is ‘so where are they going?’”

Although Comey has kept a relatively low profile, he brings a unique mix of public and private sector experiences to the table that have helped form his vision of leadership development at the 106 year-old institution he now leads. And he’s bringing those experiences directly to agents and staff around the country, visiting 45 of the bureau’s 56 field offices so far.

Comey’s career in the Justice Department reads like the stuff of dreams for a budding prosecutor with eyes on reaching the government’s most senior management ranks. The former U.S. Attorney helped expedite the indictment of 14 men involved in the 1996 terrorist attack that killed 19 Americans at Khobar Towers in Saudi Arabia. Comey also led the investigation and prosecution of Martha Stewart. He was named deputy attorney general in 2003.

But Comey left government in 2005 for a high-paying, high-flying gig as a senior vice president and general counsel for defense industry giant Lockheed Martin. At Lockheed, Comey racked up some important leadership development lessons that he now plans to bring to the FBI.

“The best companies in the world obsess about leadership. They treat it as money,” said Comey, who reportedly made a $6 million annual salary during his last year at Lockheed and millions more during the following years at Bridgewater Associates, one of the world’s largest hedge funds.

“The CEO of Lockheed Martin would lock us, the senior leadership team, in a room for hours and hours at a time to review leaders five levels down. ‘Where is she? What’s her potential? How are we developing her? Who’s watching her? Who’s mentoring her? How are we testing her?’” Comey said, describing the types of questions asked by former Lockheed CEO Robert J. Stevens. “Because it is money, it had to be watched over, put to good use, someone had to be accountable for the return on that money and growing that money.”

That’s the kind of leadership culture Comey is beginning to introduce to the FBI. “I believe that’s how any organization becomes perpetually great,” he said. But not even the FBI, which places a premium on quality training, can rely solely on a massive reeducation effort to affect change. “You can’t by definition train your way to a change in culture. It requires a change literally one person at a time.”

Nowhere is this philosophy more obvious than in Comey’s vision for developing the FBI’s cadre of cyber and intelligence professionals.

Cyber “has to stretch the way we think about recruiting, training, deploying,” Comey said. One of the most recent organizational changes instituted by Comey involves assigning specific threats to particular field offices. “The notion of space and time and venue doesn’t really make any sense in the context of a sophisticated cyber threat,” he said. “So we’re going to figure out where the expertise lies and assign it without regard to where the particular threat may be manifesting in the United States.” 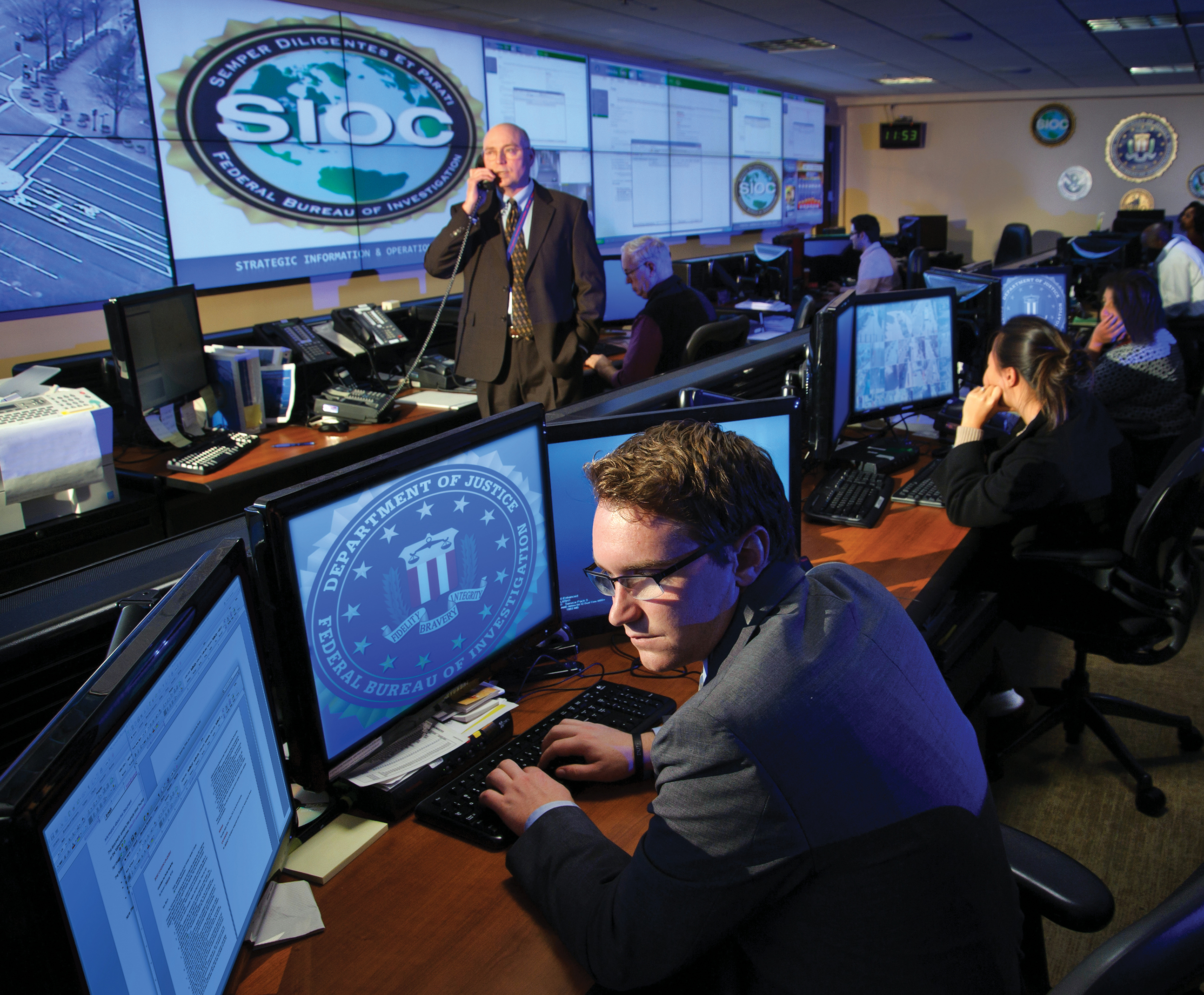 The Strategic Information and Operations Center (SIOC) at FBI Headquarters is the 24/7 command post that monitors FBI operations and law enforcement activities around the globe. (Photo: FBI)

Another major organizational change instituted by Comey was to remove the intelligence directorate from the national security branch. Intelligence, he said, is central to all major focus areas at the FBI, including criminal, counterterrorism and cybersecurity, and it didn’t make any sense to Comey to have it buried in a directorate and removed from the operations of the larger FBI enterprise.

Comey placed the new intelligence branch under the leadership of Executive Assistant Director Eric Velez-Villar. The appointment of Velez-Villar last month was designed to solidify the integration of intelligence across all functional components of the FBI as well as to bring the bureau’s intelligence chief into the daily briefings with the director.

While the move has been praised, there are cultural issues at play that continue to raise questions about the bureau’s ability to transform itself fast enough. One such issue is the fact that Velez-Villar is a former career special agent and not a career intelligence professional. The ability of the bureau to develop senior leaders across all of its major functional components, including non-special agents — the so-called professional staff — remains a sensitive issue throughout the ranks of the FBI.

“There is a culture of agents in the FBI and everyone else,” said Maureen Baginsky, a former executive assistant director for intelligence at the bureau. “That’s not go or bad, that just is. And sometimes it is difficult if you’re the everyone else.”

Baginsky’s observation is not lost on Comey.

“Labels matter,” said Comey. “I tend to think of our folks in three buckets: special agents, intelligence staff and professional staff. There’s no doubt that in an organization that’s 106 years old that the special agent is a central, central role in the FBI,” he said. “Part of this transformation is just making sure that the center holds more than one kind of person.”

So how will Comey measure success in his transformation efforts? Before his term is up he wants to have senior intelligence professional talent available to take over the role of EAD for Intelligence.