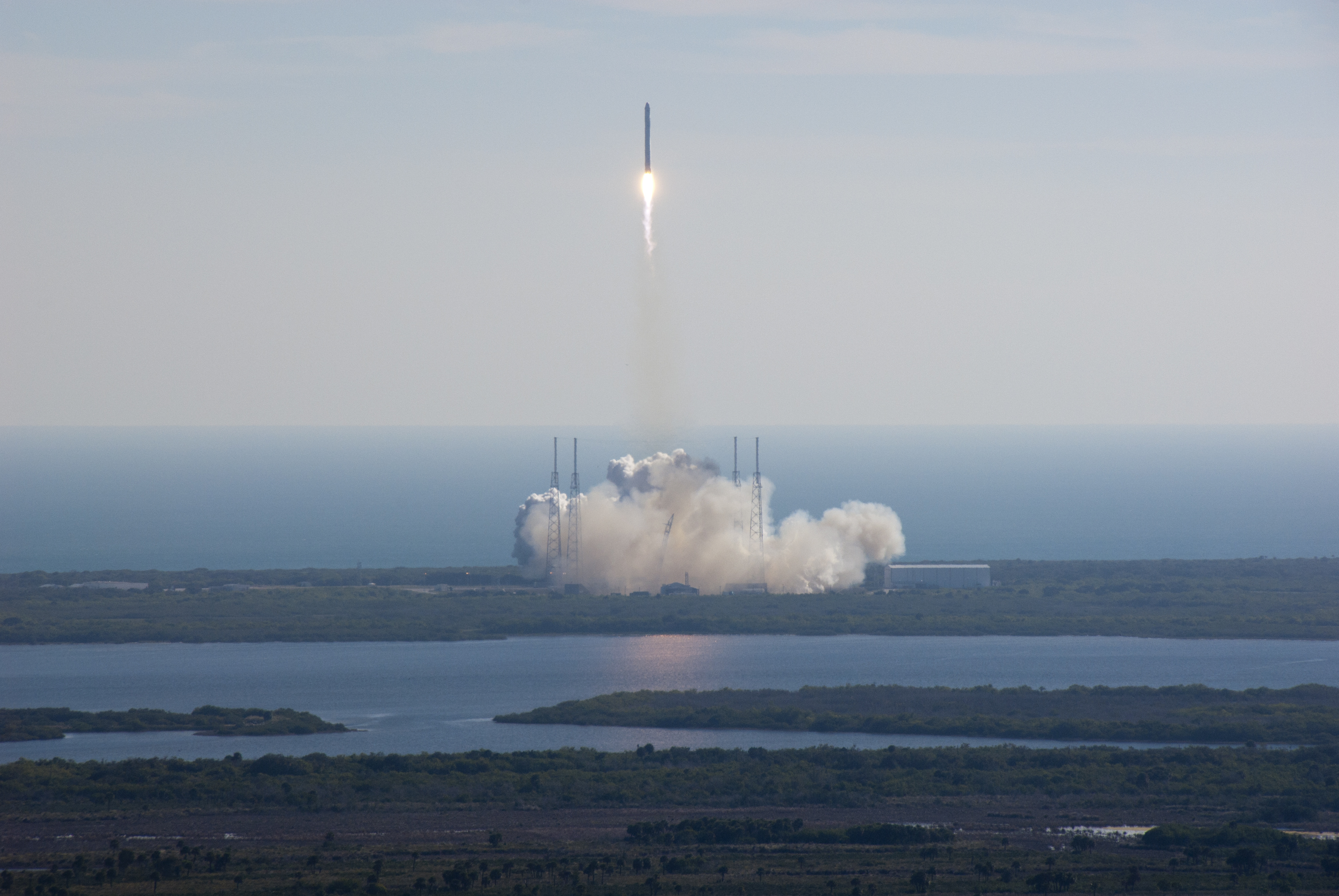 SpaceX’s unmanned Dragon craft has already been to and from the International Space Station, but new FAA recommendations indicate that soon those spacecraft could be manned.
Source: Wikimedia

NASA isn’t the only federal player in space travel anymore. As commercial space travel gets closer to reality, the Federal Aviation Administration released a framework of recommended practices for human space flight safety.

The document, called Recommended Practices for Human Space Flight Occupant Safety, was released Sept. 16 by the administration to “serve as a starting point should there be a need for the government to issue regulations at some point in the future.”

Commercial space travel has been gaining traction recently, especially after the end of NASA’s shuttle program in 2011. The agency is currently awarding private sector companies contracts to send the first commercial crew to the International Space Station.

On the same day the FAA released their framework, NASA awarded Boeing and SpaceX contracts — worth a combined total of $6.8 billion — to launch astronauts into space. In a news conference in Florida at the Kennedy Space Center, NASA Administrator Charles Bolden said by allowing private companies to send humans to the ISS, the space agency can instead focus on sending humans to Mars.

“Turning over low-Earth orbit transportation to private industry will also allow NASA to focus on an even more ambitious mission – sending humans to Mars,” Bolden said. “Today we are one step closer to launching our astronauts from U.S. soil on American spacecraft and ending the nation’s sole reliance on Russia by 2017.”

Since the end of the shuttle program in 2011, American astronauts have been relying on Russian launches to ferry them to the ISS.

In fact, according to a fact sheet from the FAA, the agency’s Office of Commercial Space Transportation (AST) has licensed more than 220 successful launches, including commercial launches by companies like Lockheed Martin, Boeing and SpaceX.

The fact sheet says an FAA license is required for any craft’s launch or reentry carried out by U.S. citizens anywhere in the world or by anyone within U.S. airspace. The FAA only covers commercial flight regulations; however, any NASA or Defense Department launches do not require an FAA license.

The license evaluation process includes a public safety review, an environmental review, a national security or foreign policy review and an insurance requirement.

In anticipation of a future commercial space travel industry, the FAA will also issue experimental permits instead of full licenses for launch or reentry of reusable suborbital rockets, those that do not complete one total orbital revolution around the Earth. In addition, the FAA’s document assumes that any vehicle will stay in Earth’s orbit for no more than two weeks and has the ability to return to Earth within 24 hours if necessary.

“Orbital rendezvous and docking, flights longer than two weeks, extravehicular activity and any flights beyond Earth’s orbit are not explicitly addressed,” the document said. “Future versions of this document may cover such additional human space flight operations and missions.”

But although on the way, commercial human spaceflight is not here just yet.

“No person may operate a reusable suborbital rocket under a permit for carrying any property or human being for compensation or hire,” the fact sheet said.

The recommended practices are also solely focused on the safety of potential human occupants and not focused on public safety or mission assurance. The document was compiled through the analysis of 50 years of human space flight, according to the introductory section of the recommendations.

“AST reviewed existing government and private sector requirements and standards, including those from NASA, the European Space Agency and the International Association for the Advancement of Space Safety,” the document said. “Our purpose was not to copy NASA’s requirements, but to use them as a means to capture safety practices and judge whether they are, at a general level, appropriate for the commercial human space flight industry.”

However, despite being issued as commercial space travel grows in popularity and possibility, the recommended practices document from the FAA actually has no regulatory power.

“The document may serve as a starting point for a future rulemaking project, should there be a need for such an effort at some point in the future,” the document said. “However, this document is not a regulation.”