The director of the Transportation Security Administration acknowledged Thursday the existence of credible intelligence that led the agency July 2 to require passengers at certain overseas airports to power on their electronics devices before boarding direct flights to the United States.

Speaking at the Aspen Security Forum, TSA Administrator John Pistole said U.S. intelligence agencies are working under the assumption that known al-Qaida chief bomb maker Ibrahim al-Asiri, has trained other terrorists to conceal non-metallic explosives in electronic devices. During his presentation, Pistole referred to a slide showing laptop computers and a digital camera that had hollowed-out sections containing non-metallic explosives.

“That I see as a clear and present danger that has not been mitigated to our satisfaction,” Pistole said, adding that the policy requiring some travelers to turn on their computers and devices will remain in place as long as the intelligence supports the threat. “The non-metallic [improvised explosive device] is our top threat.” 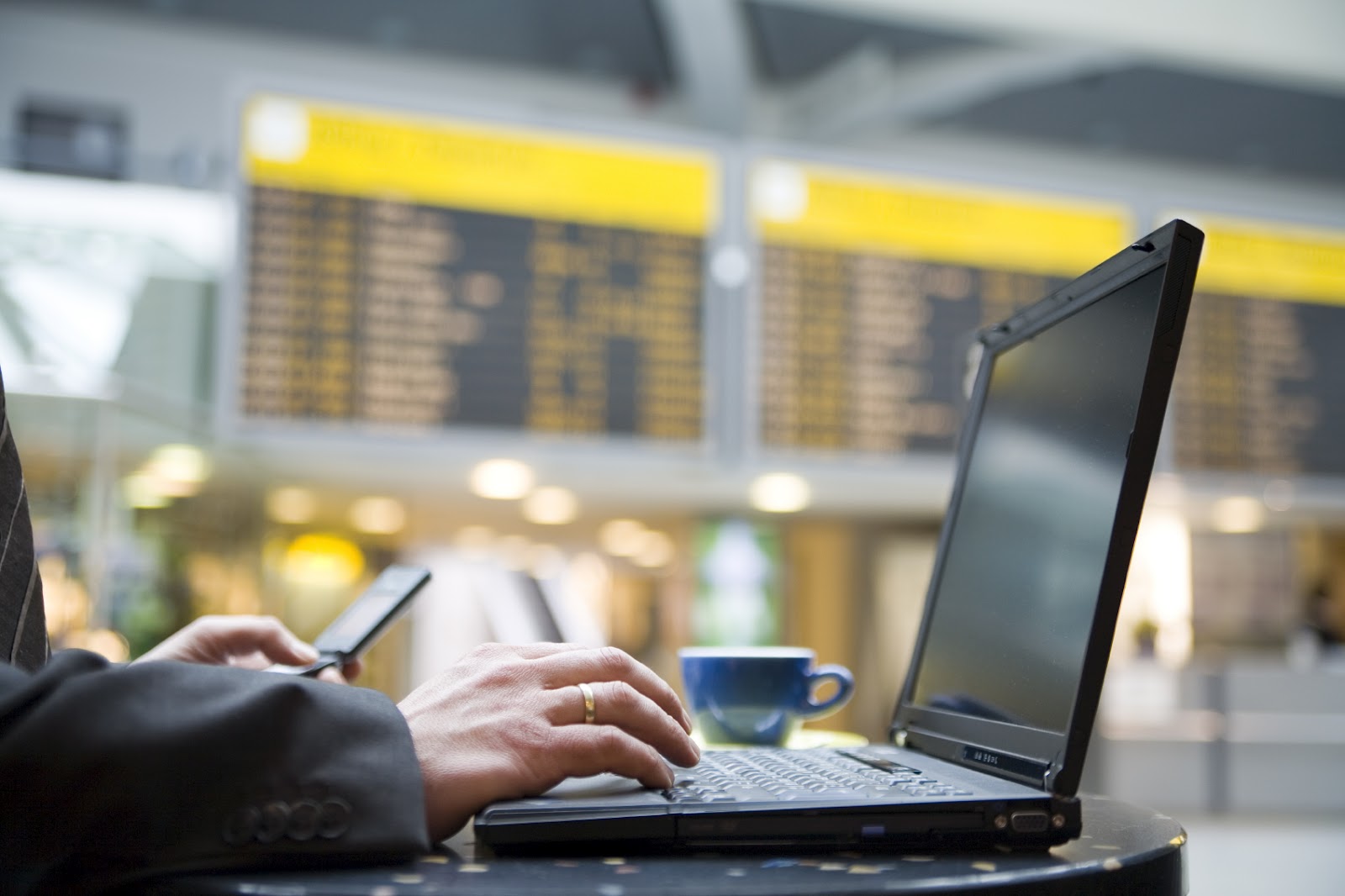 Meanwhile, as the world continues to focus its attention on the attack of a commercial airliner by Russian separatists in Eastern Urkaine and a recent decision by the Federal Aviation Administration to suspend flights into Ben Gurion International Airport in Tel Aviv because of the threat of missile attacks, Pistole acknowledged that some overseas airports that operate direct flights to the U.S. have not done a thorough enough threat assessment of the local threat from man-portable anti-air missiles. Part of that assessment, Pistole said, involves ensuring fencing and intrusion detection systems, such as networked security cameras, are in place. He declined to name those airports.

TSA has undergone a major transformation under Pistole’s leadership, shifting from a lumbering agency seen as incapable of responding to new threats with speed and agility to an intelligence-driven organization that has turned its attention to the promise of big data being able to help it focus its limited resources on the passengers that pose the biggest threat to airline security. The public face of TSA’s big data approach to risk management is the agency’s Pre-Check program, which provides expedited screening to travelers who undergo a TSA background check.

Of the more than 2 million people that undergo TSA screening every day, more than 400,000 have signed up for Pre-Check, and 118 airports now offer Pre-Check expedited boarding lanes, Pistole said. “Our sense is we can buy down the risk by expediting the screening” of people who do not pose a significant security threat. Big data can be the agency’s friend when used properly, he said, referring to the need to ensure privacy protections.

TSA is currently in discussions with private sector consortiums on leveraging third-party companies to manage the enrollment of travelers into the Pre-Check program, Pistole said. The effort would would leverage commercially available data and allow the agency to significantly expand the number of frequent fliers in the program while maintaining TSA’s overall authority to approve who gets to participate, he said.

Although Pistole said a decision on the effort may be coming soon, TSA continues to search for concepts that it deems worthy of taking to a prototyping stage. 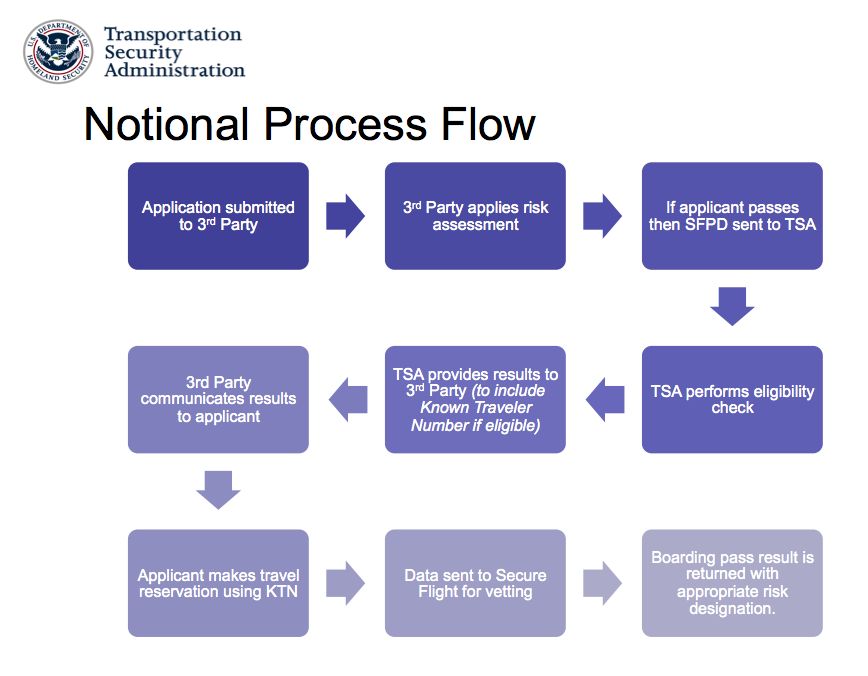 A slide from a 2013 TSA industry day on third party screening for TSA Pre Check program.