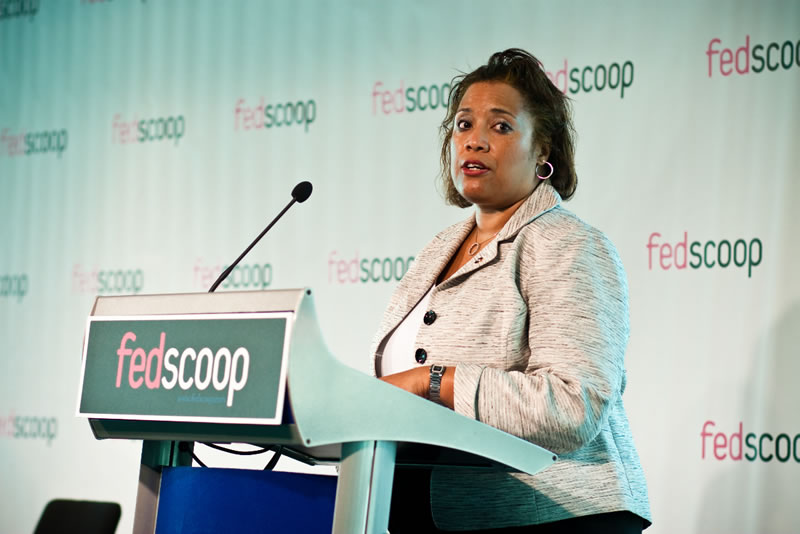 NASA CIO Linda Cureton is known for innovation in information technology, but that now expands to the English language as well.

Speaking this morning at FedScoop’s 3rd Annual Lowering the Cost of Government with IT Summit at the Newseum, Cureton joked she created a word – cloudable – to describe applications that are candidates to move to the cloud.

“I was speaking yesterday and as soon as I said that word the earthquake hit,” Cureton said.

So what exactly now does cloudable mean?

“It’s seeing if an application is a good fit for the cloud, because as much buzz as the cloud has gotten its not a silver bullet to fix all our problems,” Cureton said. “There are applications that are great for the cloud and others that need to be on bare metal.”

The key, Cureton said, is for agencies to identify what applications are best suited for the cloud and act accordingly.

She said it tends to be the cashed-strapped programs that are being forced by their budget to go exclusively toward the cloud, but the larger ones with more funds have more options.

“It’s about doing the right thing,” Cureton said. “If you do it the wrong way you’ll end up spending more money and get less performance, not to mention causing problems for your users who will seek out other solutions.”

And those security concerns? We’ll let her explain.

Some other cost saving points from Cureton: