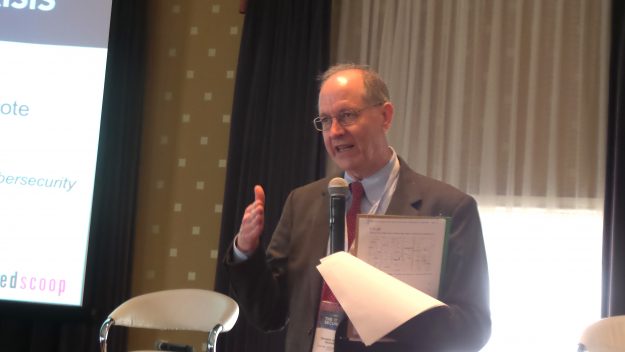 Hale will leave the department Nov. 26 after more than 37 years of federal service, according to a statement from the office of the DOD CIO. He served for more than five years as department’s deputy CIO for cybersecurity and CISO.

In the past he also served as the chief information assurance executive at the Defense Information Systems Agency.

In that role his responsibilities included “development of DOD-wide cybersecurity standards, development and operation of the department’s shared cyber defenses, development of DOD’s overall layered defense approach and the hardening and defense of the DISA managed part of the DOD’s information infrastructure.”