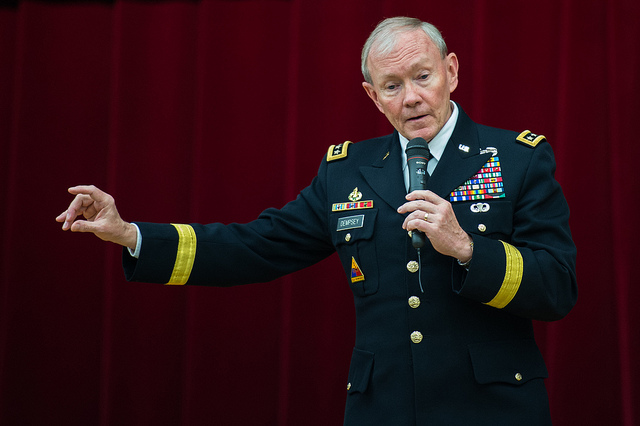 Gen. Martin Dempsey, chairman of the Joint Chiefs of Staff, said Tuesday it was “literally impossible” to incorporate sequestration cuts into the 2014 budget proposal.

Speaking at a luncheon hosted by the Christian Science Monitor, Dempsey deflected criticism that the Pentagon should have included the $52 billion in sequestration cuts the Defense Department could face in the coming year if a debt agreement is not reached again.

“We would have to have done two budgets,” Dempsey said. “And that’s not possible, particularly when you’ve got furloughs. There wasn’t a neglect — it was a practical matter of literally what was possible for us to ask the services to do.”

Dempsey added as sequestration will not take effect until March 1, DOD would not have had the time to prepare a separate budget for that situation.

The Pentagon’s 2014 budget request came in at $526 billion, approximately $52 billion above the budget caps enforced by sequestration.

Throughout the previous sequestration battle, defense leaders argued the sequestration cuts would cause major problems for force readiness and could leave the nation in danger from outside attack.

Going forward, Dempsey said the department, which could make the $52 billion in cuts before sequestration takes effect or wait for the blunt cuts to come, said DOD officials have not yet decided how to address another round of sequestration.