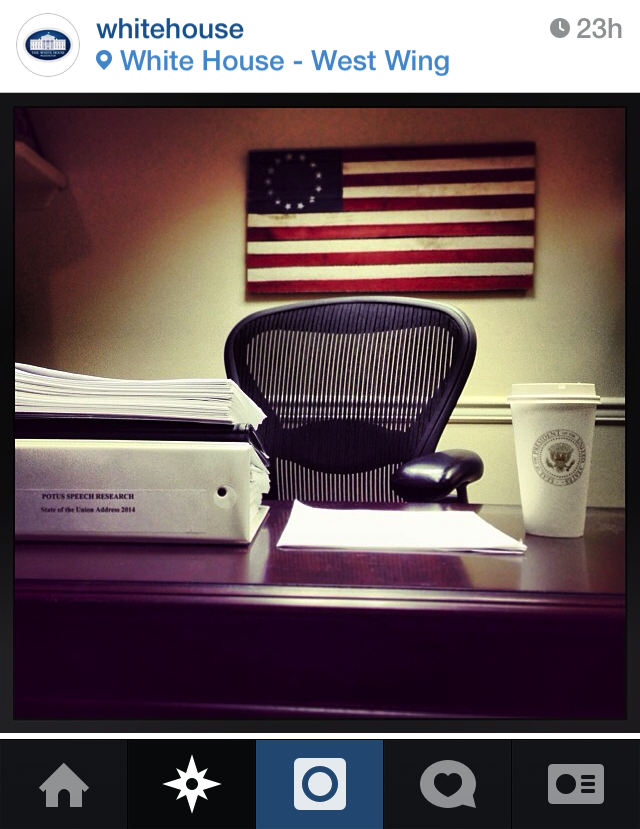 It’s the president’s fifth State of the Union address, but it’s a year of many firsts for the White House.

With the user experience the White House has planned for those watching the SOTU online, a cushioned chair in the Capitol may no longer be the best seat in the house.

The White House is creating what it calls an “enhanced viewer experience,” which will include a variety of visual aids such as popups, charts and statistics to coincide with the highlights of the speech — in real time.

“The White House will provide you something online that you can’t find elsewhere, an enhanced version of the speech that offers charts, graphics and data that further explain the decisions that shape the policies and issues in the president’s remarks,” White House Chief of Staff Dennis McDonough said in a video on the White House website.

Viewers can also interact with the visuals on display during the SOTU, with buttons that allow people to share the graphics with their social networks. Users can also watch the speech live on their mobile devices, including tablets and smartphones.

Various White House staffers have been “taking over” the White House Instagram account, taking audiences behind the scenes of preparations for the SOTU. On Jan. 23, Valerie Jarrett, senior adviser to the president, snapped several shots of her working with colleagues on the president’s remarks.

Cody Keenan, chief speechwriter for the president, took over Wednesday and illustrated with some strategically blurred out photos what the SOTU draft goes through in one day.

After the SOTU, there will be a panel of policy experts in the White House taking questions from a live audience and questions submitted over the Web.

For a look at the graphics the White House provided for the 2013 SOTU, click here. 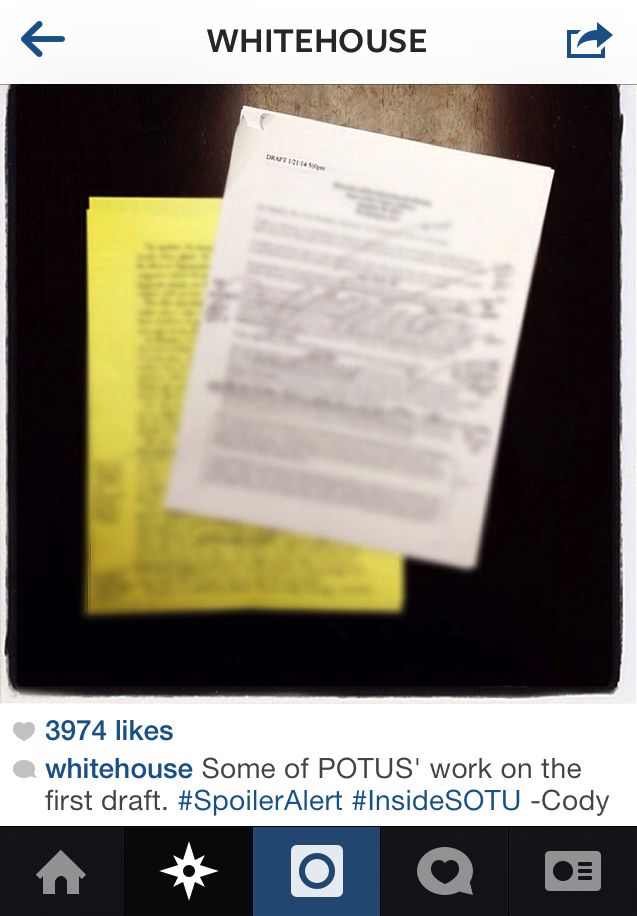 A look on Instagram at one of the drafts for the SOTU. 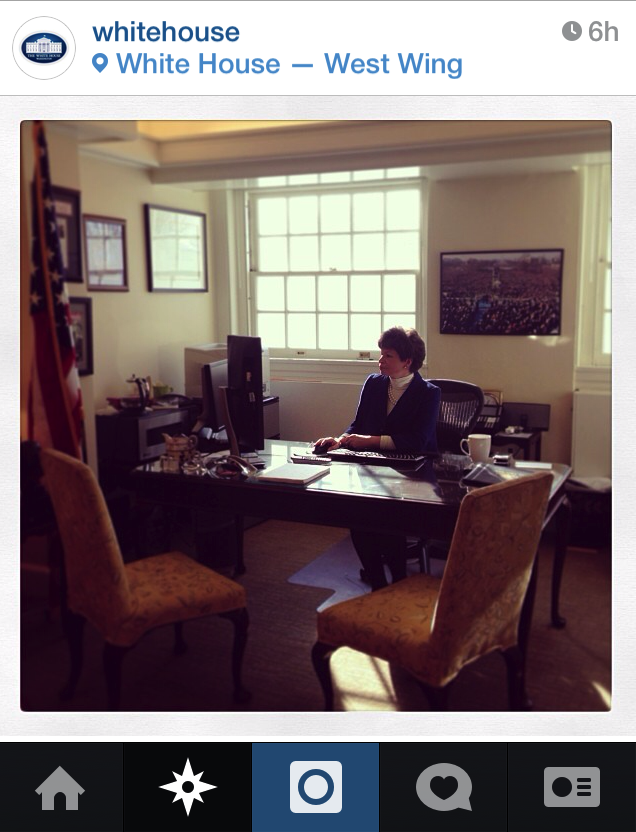