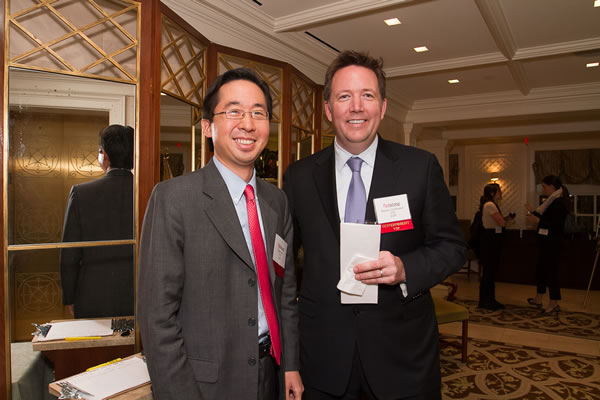 U.S. CTO Todd Park and CIO Steven VanRoekel at the FedScoop 50 Awards, held Wednesday night at a ceremony at the Hay Adams Hotel in Washington, D.C.

FedScoop honored federal technology leaders, innovators and rising stars at the first annual FedScoop 50 Awards on Wednesday night at a ceremony held at the Hay Adams Hotel in Washington, D.C.

More than 150 attendees came from throughout government, including the White House, Department of Defense and civilian agencies, along with industry leaders.

“We have the pleasure of working with the most brilliant people in both government and tech community every day,” said FedScoop CEO Goldy Kamali “We are thrilled to have the opportunity to celebrate the achievements of 50 of the federal IT community’s brightest minds and innovators of 2012 and to recognize them for their dedication and service.”

The 50 awardees were nominated by their peers throughout government and then voted on amongst FedScoop’s readers. More than 8,000 votes were cast for the awards that honored federal executives, federal leaders, industry leaders, federal IT programs, federal innovations, mentors and up-and-comers.

Federal IT Program of the Year

Federal Innovation of the Year