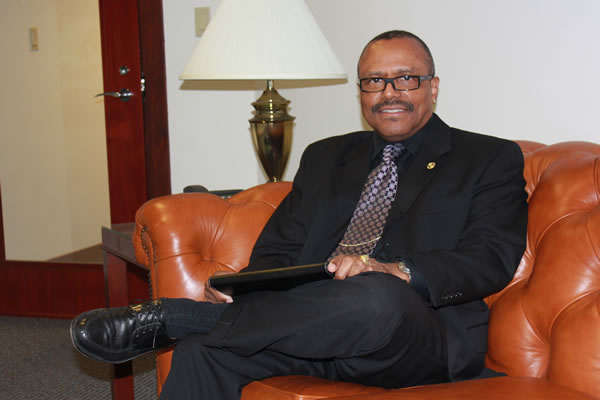 The U.S. Office of Government Ethics is finishing up its latest technology refresh and is already thinking about the next one.

The key decisions are whether to continue to host its infrastructure on premises or to implement cloud computing technologies, said OGE Chief Information Officer Ty Cooper in an interview with FedScoop.

Cooper said OGE’s last refresh brought the 80-person micro-agency an in-house virtual desktop infrastructure but, as he looks to the future, the question facing him and the agency is if cloud is right. Alternatively, he said the agency may decide to implement email and collaboration tools in the cloud to serve as a test case before moving forward with a bigger cloud project.

“As a former CISO, I want to make sure that our move to the cloud is seamless, secure and meets our customers’ needs,” Cooper said. “I want to invest the time and get the expert support that we need to implement a system of resources that make our customers more productive on day one.”

Cooper said OGE is also looking to implement personal identification verification cards across the agency. About a third of employees already have access now, and they will be deployed agency-wide in the future.

The agency is also looking to deploy Becrypt Trusted Client, which acts as a mini-operating system on a secure flash drive. The clients will allow any employee to access their OGE virtual machine (desktop computer equivalent) from a personally-owned computer in a secure manner. Disabling access to the unmanaged computer’s hard drive is a key security feature.

Cooper is also looking to expand the OGE implementation of Managed Trusted Internet Protocol Service to include IPv6 services. In addition, the agency is seeking a partnership with one of the larger agencies for implementation of Domain Name System Security Extensions if it remains unavailable from its MTIPS provider.

“As a micro-agency, we have to be very careful about how we use scarce resources, while delivering the highest level of service possible to our customers,” Cooper said.

For Cooper, the chance to work in the federal government has always been a dream.

Born in 1950, and growing up the son of sharecroppers in rural North Carolina, Cooper always saw the federal government as a source of services providing opportunity for the poor, especially those in economically disadvantaged areas like the one he grew up in. From his experience, the federal government delivered when state and local government often fell short, and he wanted to be a part of that one day.

He spent the next 40 years of his career between either working directly for the government or for contractors supporting its work, including 10 years with the Washington, D.C. Department of Employment Services as a labor economist.

Today, as a CIO, he sees himself in a position to make great change.

“Government service is important,” he said. “There are all kinds of organizations where people who are looking to give back can serve with pride. The federal government is the largest one. If you want to have meaning and purpose in a career, then federal service provides a great opportunity.”