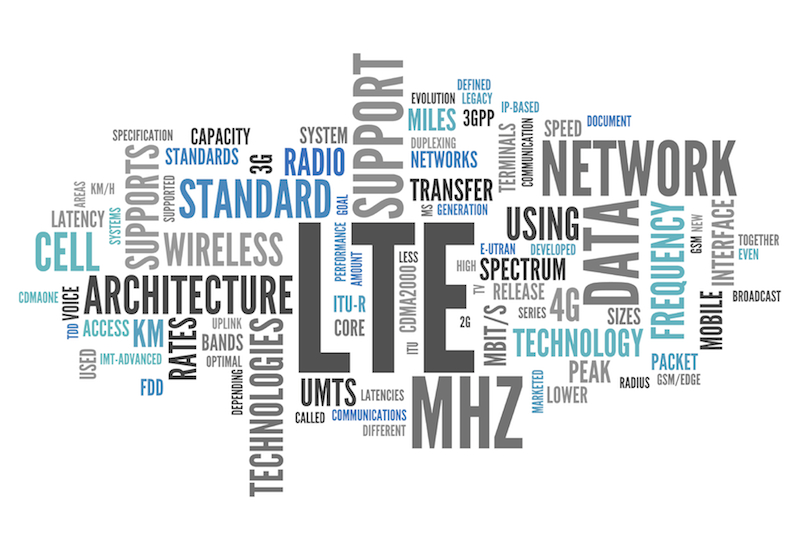 This story was updated Oct. 20 with additional commentary and information on FirstNet-approved LTE network deployments.

The First Responder Network Authority, the independent federal organization tasked by Congress to build a nationwide public safety broadband network for first responders, may be leaning toward allowing commercial mobile devices on the network once it is built, FedScoop has learned.

Although a final decision has not been made and the network is many years from deployment and completion, state technology officials who have been briefed by FirstNet said the network’s planners have acknowledged the widespread use of personal devices by emergency responders in their daily routines. But two significant challenges stand in the way of FirstNet being able to leverage the economies of scale offered by the commercial device market: Most commercial smartphones don’t include Band Class 14 chips that would allow them to access public safety spectrum, and there is significant concern about the security implications of putting these chips in consumer devices, which could open FirstNet to compromise.

“FirstNet will have to decide which devices it wants to allow on its network,” said Bill Schrier, a senior policy adviser in the Office of the Chief Information Officer for Washington state, in an email to FedScoop. “It sounds like – from the meeting I’m in today with FirstNet folks – that they are leaning toward asking the commercial smart phone manufacturers – Apple and Nokia and Microsoft and Lenovo, etc. – to put band class 14 in devices so that public safety users can just use a commercial cell phone or tablet,” he said, referring to an Oct. 8 initial consultation meeting he attended with FirstNet and Oregon officials.

One of the Oregon officials present at the meeting said allowing first responders to use their own commercial devices would be a good idea. “I can tell you public safety is using these devices today!” the official said in an email.

A state official in Maryland, who spoke to FedScoop on background, said Maryland is encouraging the broadest use possible for users and devices. “Many of our volunteer firefighters use their own devices now, and we want to continue that approach,” the official said.

But that may be a difficult proposition for industry to accept, as evidenced by Apple Inc.’s release last month of its new iPhone 6. Apple’s new iPhone 6 offers support for 20 LTE bands — seven more than the iPhone 5 — that allow users to connect to more LTE networks around the world. But the one band not included is Band 14, which is the part of the 700 MHz spectrum reserved for public safety agencies. And Apple is not alone in its decision. Because FirstNet has neither released a device strategy nor built out significant portions of a network yet, commercial device manufacturers remain skeptical of the market potential. 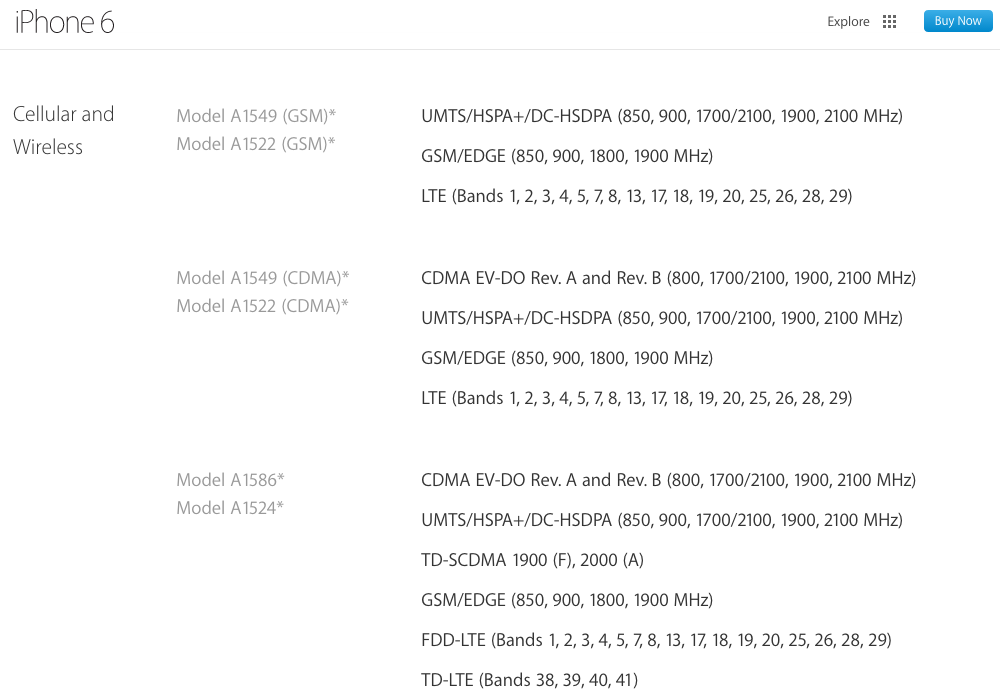 The technical specifications of the Apple iPhone 6. (Source: Apple)

“If you think of it from their perspective — how many customers would use that band today?” the official from Maryland asked. “I’m sure Apple will consider it as more potential users step forward.”

“FirstNet has not ordered any devices. So the only chipsets which have been produced are in small quantities by a few potential device manufacturers such as Motorola, Harris, and Alcatel Lucent,” Schrier said. “These chipsets, because they are very small quantities, not mass produced, are very expensive.”

Sam Churchill, editor of DailyWireless.org, said the market for a FirstNet-compliant smartphone would be significantly smaller than the market for consumer smartphones. “Even if it were easy for a company to add FirstNet compliance on top of a $500 smartphone, they couldn’t make much money selling 10,000 units,” Churchill said in an email to FedScoop. “I’m sure Motorola will have a range of FirstNet/Cellular compliant phones, but what do you bet they’ll cost? $3,000 and up. Way up.”

A FirstNet official, who spoke to FedScoop on condition of anonymity because he or she was not authorized to speak publicly, said a major component of the request for information issued last month by FirstNet is to “seek input on device strategy.” The official said the draft RFP, which is tentatively planned for release by the end of March 2015, “will delve further into device strategy.”

But Schrier points out that there remains a debate about whether Band 14 should be allowed in any commercial devices at all. “There is some concern that if the chip is in a consumer device that hackers might get a hold of them and be able to compromise the FirstNet network,” Schrier said. “On the other hand of this debate, there are many responders — volunteer firefighters, search-and-rescue volunteers, etc. — who use their personal devices for their official duties and would like to have band class 14 in their personal device,” he said.

“It will be years before FirstNet has an active network other than in a few small places,” Schrier said. “But the bottom line is that you won’t see Band Class 14 chips in Apple iPhones or other consumer devices until these debates are resolved and FirstNet orders millions of the chips to go into devices public safety users will use.”

by Jackson Barnett • 4 days ago
Tech