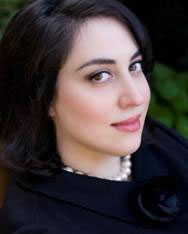 Goldy Kamali is founder and CEO of FedScoop, a Government IT media company and the community’s platform for collaboration and education through news, events, radio and TV.

Ms. Kamali is known for her ability to bring the brightest and most influential IT leaders from The White House, government agencies, and tech industry together in innovative ways to exchange best practices and collaborate to achieve common goals. Hosting regular VIP gatherings, on top issues facing the community, she concentrates on the key IT priorities of the Obama Administration so they remain front and center. Past speakers can be viewed here.

Prior to launching FedScoop, Goldy spent over 12 years in leadership roles in the tech industry most recently as Executive Director of the American Electronics Association- the largest tech association in the country where she led the association’s Government and Commercial Markets Group and worked closely with C-Level executives from the tech industry and government agencies. During her tenure at AeA, Goldy grew her department’s revenues by over 500% and her department became the fastest growing revenue unit for the association. Prior to AeA, Goldy spent a decade as a top performer in the tech industry holding significant sales and executive management positions where she negotiated and closed multi-million dollar contracts.

Goldy has been a consistent top performer throughout her career, and has won numerous awards for her significant achievements: