A collection of data from Networx, the General Services Administration’s telecommunications program, shows that agencies’ use of the program is growing while taxpayer savings have exceeded GSA’s estimate in the first half of 2014.

In a June 10 blog post, Mary Davie, assistant commissioner for the GSA’s Office of Integrated Technology Services, wrote that federal use of Networx has risen 12.8 percent over the same period in fiscal year 2013, indicating that agencies are utilizing Networx more often than ever to solve their network services solutions.” 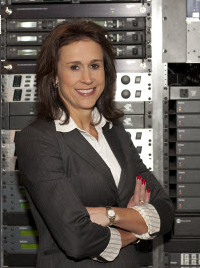 Through Networx, agencies have purchased $762 million in network and telecommunications services through the first half of fiscal year 2014. During the same period last year, federal agencies purchased $630 million through the program. Davie attributed the growth to demand for increased bandwidth and call centers at several civilian agencies.

“More applications, more video, and more data all drive the need for more bandwidth,” Davie wrote. “When was the last time you were not online?”

The two largest core services on Networx, IP-based VPN and managed network services, grew 24 percent and 36 percent respectively over the first half of 2014. Toll-free and call center services grew 66 and 288 percent in the same period.

According to GSA’s website, the Networx program helps federal agencies save money in finding “state-of-the-art” domestic and international network services solutions. The program has contracts with AT&T, CenturyLink, Level 3 Communications, Sprint and Verizon. Rather than having hundreds of separate contracts for telecom purchases, Networx consolidates that process. In 2013 alone, more than $1.3 billion was spent by agencies on these types of services.

Davie wrote that the program has saved taxpayers $332 million over the first half of fiscal year 2014, which beat GSA’s savings estimate by $4 million. GSA expects Networx to save federal agencies $659 million this fiscal year.

The GSA has made it a point to save money in 2014. The agency saw $1.35 billion in savings in 2013, including $678 million from the Networx program. In a blog post last year, Davie expected GSA to eclipse that dollar figure in 2014.

“Increases in bandwidth-driven services more than offset declines in legacy services like long distance voice, which is down 5% from FY 2013,” Davie wrote. “Legacy networks that are based on the Asynchronous Transfer Mode and Frame Relay protocols have largely disappeared. They are down 8% and 31% respectively since last year and, combined, now account for less than 1% of federal purchases.”