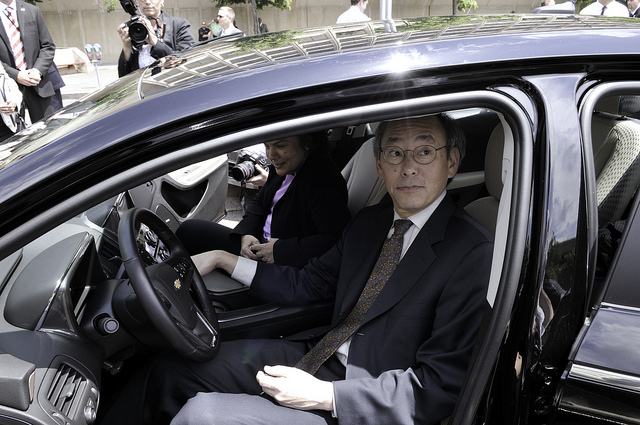 The General Services Administration released its sustainability and energy performance scorecard for the 2011 fiscal year on Friday that showed, among other numbers, cutting the federal vehicle fleet’s use of gas by 25.6 percent.

In FY 2011, GSA reduced greenhouse gas emissions from federal buildings that it directly pays utilities for by 20.3 percent relative to its FY 2008 baseline, ahead of its targeted reduction of 10 percent. GSA now derives 15.8 percent of the electricity used in these facilities from renewable electricity sources, including 2.5 percent from new sources.

“Making buildings more efficient, saving energy, and creating a more fuel efficient fleet is helping government to improve its environmental performance and saves taxpayer dollars,” said Acting Administrator Dan Tangherlini. “GSA is on track to meet its own sustainability goals under the Executive Order, and we are uniquely positioned to help other federal agencies meet their goals as well.”

by Billy Mitchell • 45 mins ago
Modernization

by Dave Nyczepir • 22 hours ago
Acquisition