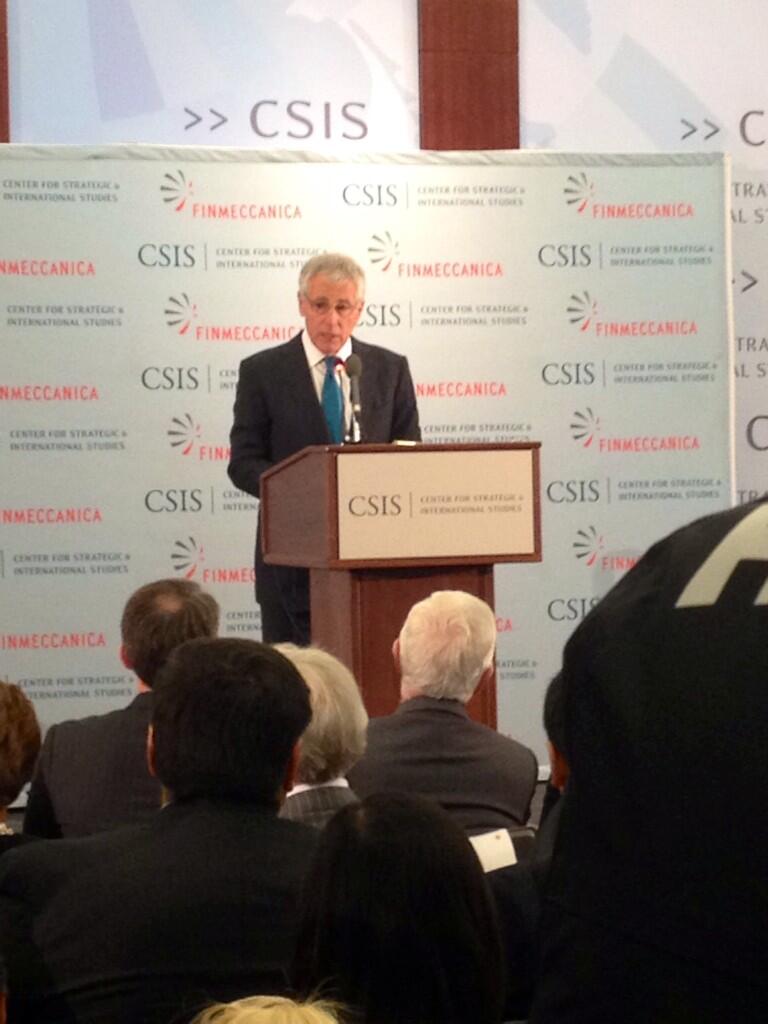 Speaking at the Center for International & Strategic Studies in Washington, D.C., Hagel said the extreme budget uncertainty caused by Congress’ inability to pass a long-term budget and another round of looming cuts under the Budget Control Act of 2011 “continue to undermine” the Defense Department’s ability to develop sound military strategies for the changing international landscape.

The Pentagon faces nearly $1 trillion in spending cuts during the next 10 years, Hagel said. “Uncertainty is the biggest threat facing DOD,” he said. Relying on continuing resolutions as a funding mechanism means the department “cannot responsibly and efficiently plan and strategize,” Hagel said. “It forces us into a very bad set of decisions.”

One almost certain outcome will be a U.S. military that wants and plans to be more deployed and engaged around the world, but that must depend on the active cooperation of allies for such a strategy to be successful.

“The challenge of terrorism has evolved [and the new threat landscape] demands unprecedented cooperation with allies and partners,” Hagel told a packed room of foreign dignitaries from more than a half dozen allied nations. And without mentioning the ongoing turmoil caused by the revelations of spying by the National Security Agency, Hagel clearly sought to reassure U.S. allies that America shares the same security goals and objectives.

A significant part of U.S. military strategy in the post-Afghanistan era will be “coalitions of common interests, like NATO,” Hagel said. “This is our future. Maybe more essential than ever before,” he said.

Emerging technologies, including those that will provide the Pentagon with a competitive edge in cyberspace and intelligence, surveillance and reconnaissance, will be critical to the future capabilities of U.S. military forces, but will not come without tradeoffs, Hagel said.

“As our potential adversaries invest in more sophisticated capabilities and seek to frustrate our military’s traditional advantages — including our freedom of action and access — it will be important to maintain our decisive technological edge,” Hagel said.

But the Pentagon is currently engaged in a detailed study, known as the Quadrennial Defense Review, to determine the best mix of force structure and capabilities.

“We will need to carefully reconsider the mix between capacity and capability,” Hagel said. And current plans “favor a globally active and engaged force versus a garrisoned force” and will likely put greater emphasis on a “smaller, more modernized, force versus a larger force with older equipment.”

Despite the grim financial outlook, Hagel said DOD still possesses resources and options. “We will need to more efficiently match our resources to our most important national security requirements,” he said. And that realignment will require significant change across every organization in DOD, he said.

One example has been a 20 percent across-the-board reduction in headquarters staff, including the Office of the Secretary of Defense, which has begun the process of flattening the DOD organization for greater efficiencies as well as redirecting resources away from overhead and toward what Hagel called “real military capabilities.”

But no serious budget discussion can begin without addressing the Pentagon’s crisis in compensation and benefits, which “consumes roughly half” of the DOD budget, Hagel said. If pay and benefits costs, such as ballooning health care and retirement benefits, are not managed properly, “we risk becoming an unbalanced forced,” Hagel said. “One that is well compensated, but not ready or properly equipped.”

The Pentagon is facing sequester-level cuts of $500 billion over 10 years, in addition to other cuts already underway, placing the total potential reduction at $1 trillion over a decade.

“These cuts are too fast, too much, too abrupt and too irresponsible,” Hagel said.