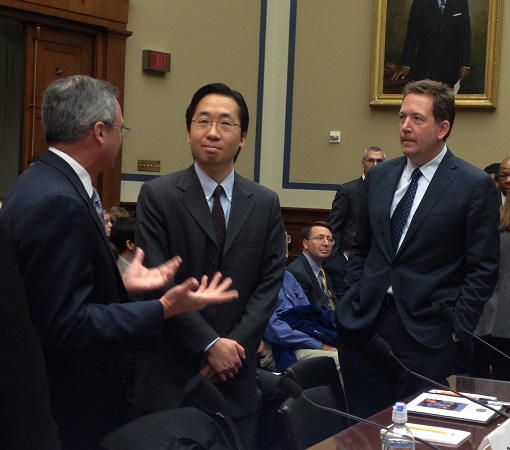 The plagued rollout of healthcare.gov isn’t so much a technical issue, but rooted in a larger management challenge and failure to adopt private-sector best practices when launching IT projects, according to testimony heard at the Nov. 13 hearing on the Affordable Care Act Health Insurance Marketplace.

The House Committee on Government Oversight and Reform hearing came on the heels of news this morning that healthcare.gov might not be fixed by the Nov. 30 deadline. Since the website’s troubled Oct. 1 debut — mainly due to functionality and volume issues — Congress has repeatedly demanded answers from contractors involved with the website and Health and Human Services Department Secretary Kathleen Sebelius.

“They weren’t ready — they weren’t close to ready,” committee Chairman Rep. Darrell Issa, R-Calif., said about the administration’s decision to launch the website without beta and integrated security testing, adding healthcare.gov turned into a “monumental” mistake instead of an “IT success story.”

Issa pointed to the federal government’s history of failing to look to industry for lessons learned and “world-class” best practices in implementing large IT initiatives — “a pattern that has to stop,” Issa urged. Had someone been in charge who had success in similar operations, and if established best practices were used, the outcome would have been successful, he said.

Dave Powner, director of IT management issues at the Government Accountability Office, testified first, mentioning other federal IT projects that had been successful and what measures — such as TechState reviews — were typically in place to address those at risk. GAO had not been aware healthcare.gov was subject to a TechStat review, he added.

When asked later about the oversight component for healthcare.gov, Powner pointed to the federal IT Dashboard, which includes 700 major IT investments. The CIO light on the healthcare.gov project was green. However, because of the late start, tight schedule and complexity of the project, there should have been flags on the dashboard and better transparency — in short, the light shouldn’t have been green, Powner indicated.

The key to executing a successful IT project, Powner said, is having experienced and qualified program management. The question is whether CMS has the capabilities to act as the system integrator, a role that involves proper follow-up, oversight and management.

Park, who Nov. 11 was subpoenaed by Issa for initially declining to appear before the committee Nov. 13, testified about how his team has made progress and “the website is getting better every day.” Since October, Park has shifted to working on the site full time.

VanRoekel said he’s been “actively helping in the all-hands-on-deck effort” with HHS and CMS to remedy the website, but his role primarily was as “a convener and facilitator of agencies to work through the technical details of the cross-agency implementation work of the ACA.”

Issa grilled Park on the details of the website’s user capacity. How many simultaneous users could the website handle the first day it was launched, before the system began to time out? Issa asked Park. Presently, Park said, the site can handle 20,000 to 25,000 users at the same time.

“Clearly on day 1, the system was overwhelmed by volume,” Park replied.

The capacity issue is what the Internal Revenue Service deals with on a regular basis, particularly around tax time, Powner pointed out. However, when the agency annually expects an 11th-hour rush, preparation and testing is essential, he added.

Rep. Elijah Cummings, D-Va., gave Park a chance to respond to criticism that he first turned down the request to appear before the committee Nov. 13. According to a White House official cited in a Reuters story, Park was busy fixing the website but had offered to testify at a later late.

“It’s never been a question if I’ll testify, but when,” Park said, adding he’s been “focused intensely” on fixing the website.

When asked more specifically about the fixes, Park said the website is being improved every day — “some days are better than others” — but overall, progress is more noticeable on a weekly basis. Healthcare.gov can now handle 17,000 registrations an hour, “and there are plans to up that,” Park said.

Rep. John Duncan, R-Tenn., asked what the final price tag will be to repair the website, saying $600 million has already been spent. None of the panelists were able to answer.

Chao, who has largely been painted as the chief architect for the website, said he expects healthcare.gov to be “vastly improved for most users” by Nov. 30. After being questioned who was responsible for signing off on the website, Chao responded Marilyn Tavenner, CMS administrator, had been in charge.

When asked why the launch wasn’t delayed so the website could undergo sufficient testing and updates to avoid functional bugs, Chao replied, “it’s not my decision to make.”

“The team has set a goal of having healthcare.gov functioning smoothly… and the team is working incredibly hard to meet that goal,” Park said.

by Dave Nyczepir • 1 day ago
Defense