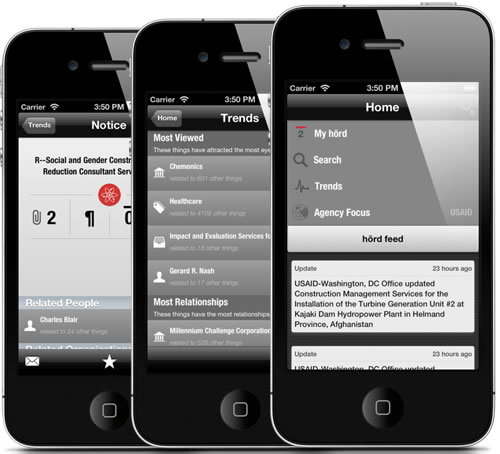 Data for the app is pulled from FedBizOpps and USAspending.gov, and GovTribe is building proprietary technology that tracks and categorizes contract information so it’s more accessible for users to follow. Currently, only contract data from U.S. Agency for International Development, State Department and the Millennium Challenge Corporation is available on hōrd, however, an updated version scheduled for May will include all federal agencies.

Plans for expanding hōrd to other platforms are slated for the next six to 12 months.

GovTribe was founded in September 2012 by former government contractors Nate Nash, Jay Hariani and Marc Vogtman who all previously worked for Deloitte and Bearing Point.