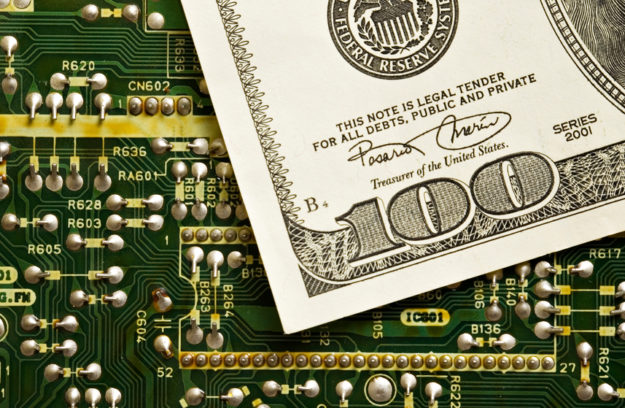 Congress’ budget analysts are saying the most recent bill designed to modernize legacy systems would cost billions of dollars — a roadblock that even the legislation’s author has said will make it virtually impossible to pass the measure in the few remaining days of the 114th Congress.

“A $9 billion score from the [Congressional Budget Office] makes it difficult to move, and so even though we had the support, this is something that has to be worked through so that it doesn’t create heartburn,” said Texas Republican Rep. Will Hurd of his bill, in an interview with FedScoop on Tuesday.

The Modernizing Government Technology Act of 2016 would create individual IT working capital funds for each of the 24 CFO Act agencies and a centralized IT modernization fund housed in the Treasury Department that executive branch agencies could apply to draw from. The Congressional Budget Office said the bill, which passed in the House but is languishing in the Senate, would cost billions during the 2017-2021 period:

“The President proposed to provide $3 billion in the 2016 budget to begin this modernization effort. CBO expects that increasing annual IT spending by that amount would allow the federal government to make significant progress on modernizing existing IT systems and would cost $12 billion over the 2017- 2021 period, $9 billion of which would be subject to appropriation under the terms of this act.”

The office also estimated that agencies would spend $3 billion over the next three years of unused previously appropriated funds.

Hurd noted that while he’s disappointed the bill likely won’t be passed this year, “we have an opportunity in less than a month to get back at this and do it again” when the 115th Congress convenes.

But Alan Chvotkin, executive vice president and counsel for the Professional Services Council, noted in an interview with FedScoop that nobody can assume that the current starting point will be the starting point next year.

He urged Congress to act on the bill and acknowledge the net potential cost savings, noting that “legacy systems aren’t going to heal themselves in the interim.”

While the CBO ordinarily does not take savings into account in its technical analyses, Chvotkin said, he thinks Congress should.

Hurd said he disagreed with the CBO’s logic, and called the $3 billion “double-counting.”

“That money has already been appropriated, and that is not a new appropriation,” he said. “But when you change where that money is spent it’s considered re-appropriation.”

Rep. Gerry Connolly, D-Va., had some even sharper words for the office’s “last-minute scoring” during a House Oversight and Government Reform Committee hearing on Tuesday.

“The infallibility we invest the CBO with would make the pope in Rome envious,” Connolly said.

Hurd noted in his interview with FedScoop that while “this CBO score is something that can be explained and talked through … because of the timing of it we ran out of time. We ran up against the clock on the Senate side.”

Trey Hodgkins, senior vice president for public sector at the IT Alliance for Public Sector, a division of tech group ITI, said in a statement to FedScoop there wasn’t enough time for lawmakers to finish the bill.

“The good news is that the momentum is there to pass legislation modernizing federal IT systems, and lawmakers are telling us that this will be a priority when the new Congress begins next year,” he said.

Hurd said he is committed to working on the issue next year.

“This is an issue that we’ll be working on in January, because … this is a tool that our CIOs need in order to help modernize their infrastructure,” he said. “And we’ll address the CBO scoring separately.”

by Jackson Barnett • 5 hours ago
Tech