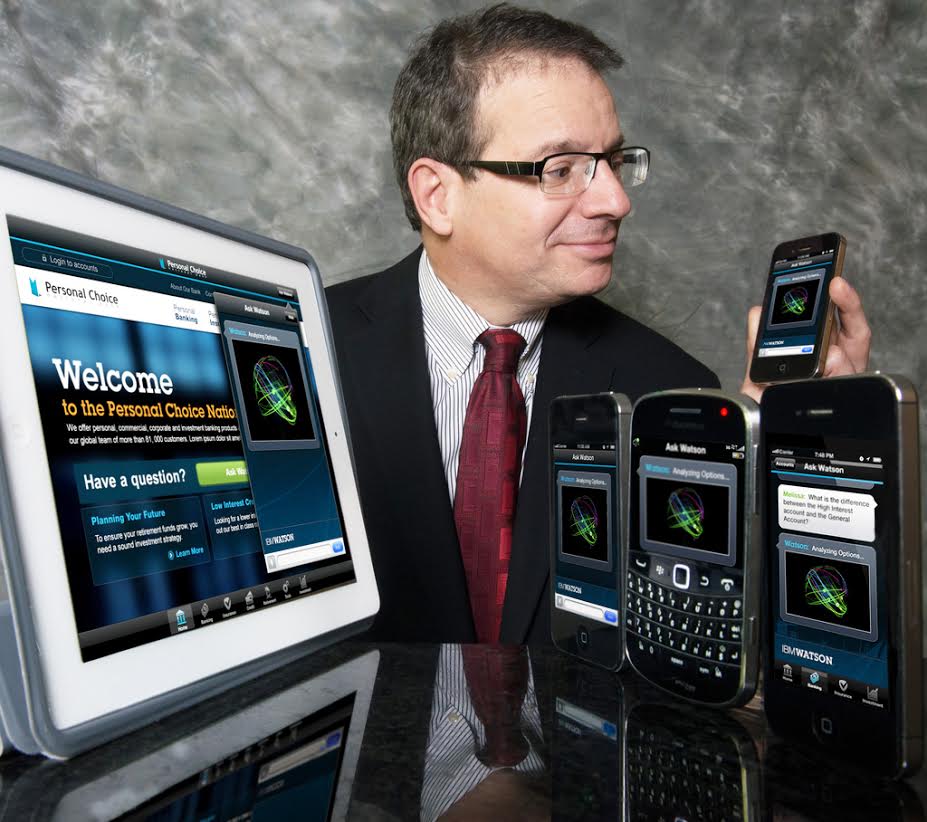 For decades, IBM has worked on developing a cognitive computing system named Watson to give humans the answers they desire in a quick and contextual setting. And though it’s most famous for an appearance on Jeopardy competing against some of the show’s greatest contestants, the cognitive computer has an abundance of real world applications the company said could one day serve the federal government.

Whereas normal computers are programmed to process code, Watson is a machine that “can actually be taught and learn,” as well as perceive, reason and relate information in human language, said Neal Byrd, a member of the IBM Watson Solutions team formed earlier this year, in a webcast Tuesday.

To do this, IBM has been working on an iterative process since the ’90s expanding the knowledge base of the computer by training it just like a newborn baby. But whereas babies can uses five different senses to take in information, Byrd said, Watson is a ferocious data reader. Years back, that constant processing and storing of information meant a massive system, filling up an entire room. Now, it’s the size of three stacked pizza boxes and delivered via the cloud, according to Watson press representative.

IBM’s major public breakthrough came in 1997 when its Deep Blue computer, one of Watson’s ancestors, played and defeated chess champion Garry Kasparov. Rather then going through programmed, situational codes, Byrd said IBM taught the computer “how to compete like a human in that it had to sacrifice moves to win.”

But outside of competitive trivia and board games, Watson’s value to society will likely materialize in its ability to produce sought after information from several locales in the time it takes a human to process a thought. And for federal agencies, that means improved services both internally and externally.

During the Watson webcast, Byrd explained how the State Department could theoretically leverage Watson for citizen service self-help. For instance, a college student traveling abroad for college would probably have tons of questions in preparation for the trip. Instead of involving a department employee to answer all the questions or subjecting the student to searching through FAQs and Google for keywords, a trained Watson could source together answers to those questions in one location.

“We think Watson is going to be ready to take the medical board exam within the next quarter or so, and we think it’s going to pass,” he said. “Now we’re going to have a machine that’s trained in the latest medical board information out there.” So, physicians in remote areas, away from hospitals, can access the “latest and greatest health information” from a computer or mobile device. Additionally, it can help minorities speaking foreign languages, starting soon with Spanish and then French.

At the Justice Department, Byrd foresees litigators using Watson to “look at precedents and laws on the book, as well as modeling — whether someone should even take a case and their chances of winning based on evidence and historical models.” And before it get to the courts, law enforcement can use an investigative framework to “find people who don’t want to be found.”

And dear to many in the federal IT community, Watson might be able to solve issues with federal procurement, which Byrd said is “on the top of mind for everybody with shrinking budgets.” By providing federal agencies a quick pathway to a wealth of information on the cheapest and most efficient seller, he said, they could avoid buying redundant or outdated technology and other equipment.