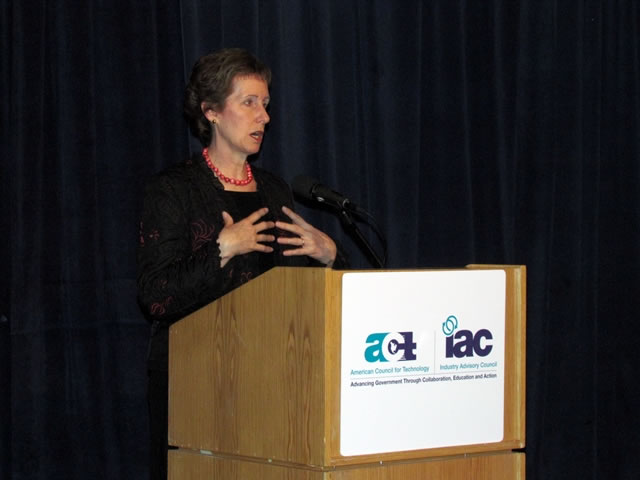 This morning General Services Administrator Martha Johnson said that a number of GSA operated Websites will likely not be maintained if the government shuts down this weekend, except for the contracting portals that support the Department of Defense and the Department of Homeland Security.

Johnson added that the list will likely include the government transparency sites as well like data.gov, although she won’t know specifics until she knows the level of funding, if the government does indeed shut down.

“It’s obviously not something we want because the government has swiftly become a major player in data dissemination and we don’t want to lose that momentum, but right now we just don’t know what will happen,” Johnson said the IAC Small Business Conference at the JW Marriott.

Johnson also added that the Federal Acquisition Service will continue to operate during a shutdown, albeit on a modified glide path, until it reaches a threshold of funding. She also mentioned that the government buildings would run on a weekend schedule during a potential shutdown with heating and cooling and security, but won’t be open to the public.

“I hate to jinx it, but I hope to drive into work Monday morning and see all my co-workers there as well.”

by Jackson Barnett • 17 hours ago
Tech