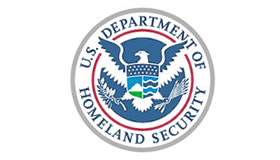 The Department of Homeland Security plans to remove regulations that left open the possibility for a revival of a dormant Bush-era visitor registration program that targeted mostly Arab and Muslim-majority countries. But even if the program is officially dismantled for now, the department’s notice makes clear that such information is already collected through other means.

Concern has grown among activists that the incoming Republican administration could revive the program addressed in the rule, called the National Security Entry-Exit Registration System, or NSEERS. The program required noncitizen visa-holding men aged 16 or older from any of the 25 countries on the list to register upon arrival, and annually, with the government. President-elect Donald Trump and his supporters have made sometimes-contradictory comments about wanting the government to track Muslims.

DHS’s unpublished version of the rule notes the department is removing the regulations “after finding that the program was redundant, captured data manually that was already captured through automated systems, and no longer provided an increase in security in light of DHS’s evolving assessment of the threat posed to the United States by international terrorism.” The rule will be published Friday.

All countries subject to the special registration were removed from regulations in 2011, but the unpublished DHS rule says the 2011 notice “did not remove the regulatory framework for NSEERS from the DHS regulations.” The new rule will do so, essentially setting the Trump administration back a step if it wants to create a visitor registry through such a regulatory framework.

The unpublished version of the new rule notes that “the information that was previously captured through NSEERS is now generally captured from nonimmigrants through other, more comprehensive and efficient systems.” NSEERS was created by the George W. Bush administration as part of the response to the 9/11 terrorist attacks.

So while tech companies face questions about whether they would build a Muslim registry for the government, it’s clear that not only did a similar system already exist once through NSEERS, but also that the information is now generally available elsewhere.

Who would build one?

If Trump moves ahead with creating a registry, finding technologists to do the programming work won’t be difficult, says Daniel Castro, vice president at the Information Technology and Innovation Foundation (ITIF) think tank, told FedScoop.

“After all, the federal government only needs to find one willing vendor,” Castro said via email. “If it chooses to go down this path, it will not need to build the tools in secret. Federal agencies have experience working on IT projects on politically sensitive subjects, from health care to defense projects.”

It’s worth noting that of nine companies originally asked by the Intercept if they would build a Muslim registry, only Twitter originally said no. When the Intercept’s first article was published on Dec. 2, it ignited a pledge from some tech workers to refuse to build such a registry. Since then, some other companies such as Microsoft and IBM have said they would not build one.

The Intercept’s original questioning did not ask some of the top companies in contracts for IT services with the government (for those, see this list here), so FedScoop asked a few of those companies and others who often work with the government. Unsurprisingly, we didn’t get much back.

We asked: “If asked, would [company] be willing to work for the incoming administration to build, integrate, help implement or improve a system that would serve as a muslim registry”

Their responses are below. An asterisk denotes being a part of the list:

People should expect the government to look to technologists for help finding known criminals, says Alex Howard of the Sunlight Foundation, but the problem is the secrecy around doing so.

“Secrecy around this issue has already led to the creation of registries, as in California with gang members, that have inaccurate data on them,” he said to FedScoop. “Or the no-fly list, which is also secretive, and once you get on it is very difficult to deal with.”