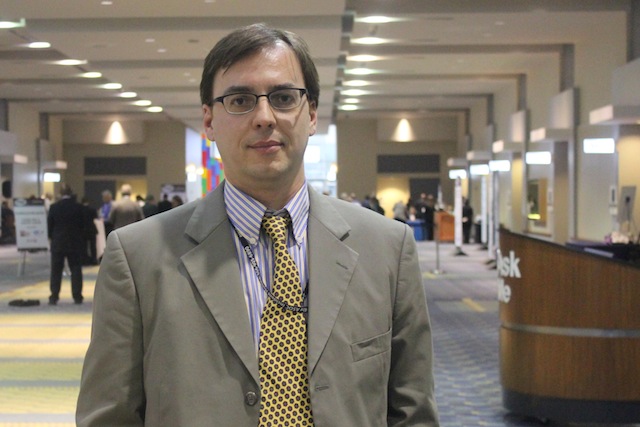 The Agriculture Department is in the early stages of rolling out a new enterprise mobile device management tool that will allow the department’s more than 100,000 employees to use iOS and Android products on the job, said Jerome Davin, director of USDA’s Mobile Computing Program Management Office in the enterprise applications services division based out of Fort Collins, Colo.

Davin, in an interview with FedScoop, said the Mobile Device Management system is being launched in four agencies within the department: Rural Development, the Farm Service Agency, the Natural Resources Conservation Service and the Forest Service, which make up roughly two-thirds of USDA.

It will be USDA’s second-generation MDM, not including the management of BlackBerrys.

“People originally just wanted email from their mobile devices, but now people want to be able to do their work on mobile devices using applications,” said Davin, whose office was stood up in October 2012 following the growth of mobile devices in the agency.

It makes sense, too, USDA would be a leader in the mobile movement. With a large workforce spread across 29 subagencies that include offices in almost every county across the nation, plus a large amount of work done in the field, an advanced mobile program is a good idea.

Davin said the department is already using tablets and other mobile computing devices in different situations. For example, employees of the Farm Service Agency have been known to carry both a tablet and a binder of paperwork, letting the farmer determine which one they use to collect their information.

Researchers for the National Agricultural Statistics Service also use tablets and laptops, while doing research out in the field.

“We have thousands of mobile devices in our system, but we need to be able to get a better grasp on which ones are being used and how they are being used,” Davin said.

Davin said USDA is in the process of developing a mobile apps store built in parallel with the new MDM. The department’s chief information officer’s office is currently putting together guidelines on how to create and certify an app while the app store is being deployed.

Mobile apps are already making an imprint within the department, Davin said.

For instance, the Forest Service recently piloted a Forest Fire Size-Up app that allows the department’s employees to log fire-related information on an iPad that uploads when an Internet connection is made.

“It’s different from in the past when that person would write down information on paper and then type it in once they returned to an office,” Davin said. “This way, the dispatchers helping the firefighters can get as close to real-time data exchange as possible.”

Davin said the pilot program, which launched at the beginning of forest fire season, was so successful there is a plan to move forward with it as a full-time tool.

“What we want is applications that help people with their job and help citizens use the data that we make available,” Davin said. “The agencies create a tremendous amount of data, and we want it in a way that people can leverage it to create applications that serve a bigger purpose.”

by Jackson Barnett • 2 days ago
Tech