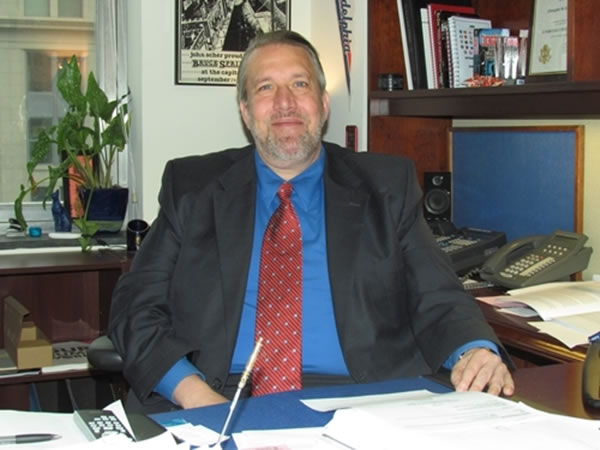 The world is at an inflection point in the development of the Internet as the decisions made today could impact the future of cyberspace for the next 20 to 30 years, so it’s imperative that the United States takes a leading role in developing that strategy, said State Department Coordinator for Cyber Issues Chris Painter.

We sat down with Painter and Michele Markoff, a senior policy advisor in his office on Tuesday just a day after the White House released its International Strategy for Cyberspace that lays out the government’s plan to create an international cyber ecosystem, and the administration’s goals to build prosperity, enhance security and safeguard openness in an increasingly networked world.

Painter said that the strategy focuses on economic and social issues, but more than anything, identifies cyber issues as a foreign policy imperative.

“We’ve been working with other nations for years on aligning cyberspace goals, but this lays out a direct framework for us to act on going forward,” says Painter, who came to the State Department two months ago after serving as Senior Director for Cybersecurity at the White House.

“It gives the government one voice when it comes to international cybersecurity relations and puts everyone on the same song sheet,” Markoff added.

Painter and Markoff said that in recent years, cyber issues have gained more awareness in the foreign policy arena, and the U.S. is leading in creating an office to advance cyber policy at the State Department.

He says the goal going forward is to continue developing relationships on cyber issues with our partners, but more importantly, reach out to build relationships with G77 countries on the full range of cyber foreign policy issues.

“The biggest mistake we can make,” Painter said, “is to ignore the countries and organizations who don’t agree with us. We need to engage them to find common ground that we can then build upon.”

To help build global consensus around a principled vision for the future of cyberspace, Painter says that U.S. embassies around the world are standing up teams to track cyber issues and engage with foreign governments on those issues.