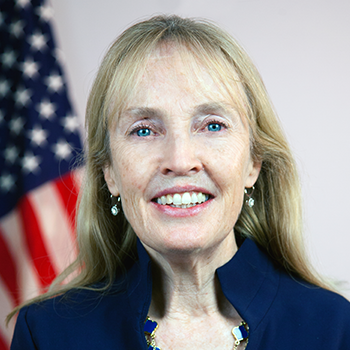 Acting Director of TTS and Deputy Commissioner of FAS, GSA

Joanne Collins Smee was already working to transform government’s relationship with technology when the General Services Administration tapped her to lead its Technology Transformation Service and its IT Centers of Excellence effort.

A former IBM executive, Collins Smee said it’s an exciting time to be in the public sector, especially with the emphasis on innovation and collaboration emphasized in TTS.

“Since I had spent my entire career in the private sector, joining the government was a big leap,” she said. “It has been an adventure navigating the federal government, and I am pleased that I have been able to begin to apply the expertise I developed in the private sector toward addressing the scale and scope of the challenge we face in modernizing federal IT.”