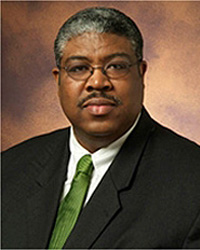 Kevin Cooke has been promoted to acting CIO at HUD.

Cooke has more than 20 years experience in IT; prior to his appointment at HUD, he served in several roles at the Energy Department. In the Energy Department’s chief information office, Cooke acted in several different capacities — as director of IT office systems, director of human capital and administrative management, and associate chief information officer for information technology corporate management.

In 2009, CIO Magazine’s Executive Council named Cooke as a “CIO Ones to Watch” honoree.