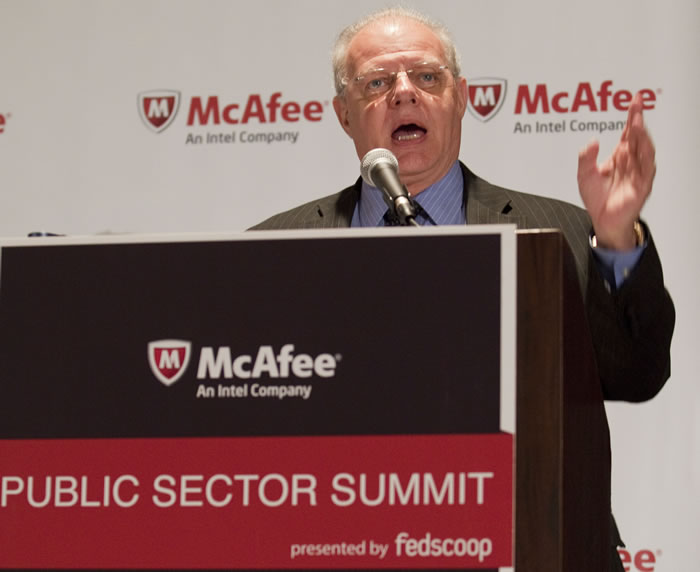 There are many numbers thrown about in the cybersecurity world to try to encapsulate the scale of the problem, but maybe this from McAfee Director of Security Research and Communications Dave Marcus sums it up best: Each day the folks at McAfee’s Security Labs deals with 80,000 new pieces of malware.

That’s not 80,000 a week or a month, but every single day, so when McAfee Co-President Michael DeCesare says the company understands the threats facing the federal government, he’s not just blowing smoke.

“We are partners in this fight,” DeCesare said. “We understand the challenges you are going through and will be right here with you.”

More than 600 attendees convened Wednesday for the 2012 McAfee Public Sector Summit, presented by FedScoop, at the Pentagon City Ritz-Carlton in Arlington, Va. The event brought speakers from civilian and defense agencies, including the White House, for an in-depth conversation on cybersecurity.

Following DeCesare’s opening keynote, White House Special Assistant and Cyber Security Coordinator Howard Schmidt said security is a growing component of the national economy as the ability to secure networks increases the amount of commerce that can be done online.

He also said he wants government agencies, as well as those that work with critical national infrastructure, to enhance their monitoring standards to ensure the networks never fall below an acceptable level of security.