Secretary of Veterans Affairs Robert McDonald announced what he called “the largest restructuring in the department’s history” Monday, following through on his Road to Veterans Day plan first announced in September.

Among McDonald’s biggest changes is the move to a single regional framework designed to make it easier for veterans to navigate the sprawling VA bureaucracy and access medical care in a more timely fashion. The idea, floated by McDonald in September at his first major press conference, is focused on consolidating and streamlining VA’s nine different geographic regions that govern where veterans can get their care and will also extend to the VA’s online presence. “We are too complicated from the veteran’s standpoint,” McDonald said at VA headquarters in September. 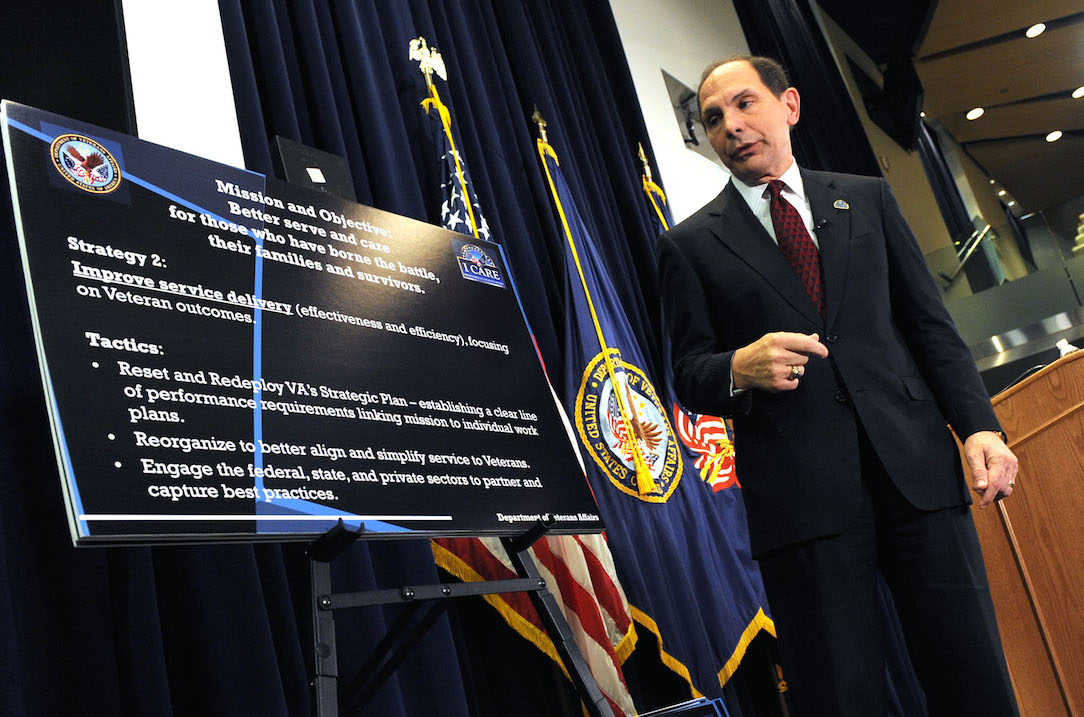 McDonald also announced the creation of a new customer service organization. “A Chief Customer Service Officer who reports to the Secretary will lead this effort. The mission of the new office will be to drive VA culture and practices to understand and respond to the expectations of our Veteran customers,” McDonald wrote in a memorandum to VA employees Nov. 10.

The reorganization also calls for the realignment of VA’s internal business processes into a shared services model in which organizations across VA can use the same support services to improve efficiency, reduce costs and increase productivity. “Right now, we’re looking at options used in the private sector to enhance our rapid delivery of services, and also at our own business processes that are suited for shared services,” McDonald wrote.

To better engage VA employees in helping to find answers to process, policy and technological problems, McDonald also announced a new intranet Web portal, My VA Idea House, where employees from across VA can submit ideas online to improve services, streamline processes and solve issues for veterans and their families. Employees will also be able to vote on submissions from their colleagues. “Sponsors will select ideas and create topic-related groups to encourage collaboration and help make the ideas a reality,” McDonald wrote. The Idea House website officially opens for submissions on Veterans Day.

McDonald’s restructuring announcement concludes his initial 90-day plan to institute a series of quick measures to correct the biggest problems standing in the way of veterans accessing timely care. McDonald referred to the approach as sustainable accountability — a top-to-bottom overhaul effort that deals with everything from training to corporate culture and website design, as well as the process and technical shortfalls that enabled some VA employees to engage in a scheduling system scandal that saw dozens of veterans die while waiting to receive medical treatment.

Meanwhile, McDonald told CBS’ “60 Minutes” Sunday that he is reviewing potential disciplinary action against as many as 1,000 VA employees in connection with the nationwide scheduling scandal and other cases of wrongdoing. The employees range from members of the senior executive service to rank-and-file technicians, nurses and support staff. The potential punishments vary — from firings to demotions and official reprimands.

Rep. Jeff Miller, R-Fla., chairman of the House Committee on Veterans Affairs, issued a statement Monday in which he said McDonald’s restructuring effort would not succeed unless those responsible for the scheduling scandal are held accountable. “New plans, initiatives and organizational structures are all well and good, but they will not produce their intended results until VA rids itself of the employees who have shaken veterans’ trust in the system,” Miller said. “I’m disappointed that instead of fully embracing the new firing authorities Congress and President Obama gave VA as part of the Veterans Access, Choice and Accountability Act, the department has shied away from them and even added more bureaucratic red tape such as additional appeals and interminable stints on paid leave. No one doubts that reforming VA is a tough job. But getting rid of failed executives should be the easiest part – not the most difficult.”

Bill Rausch, the Washington, D.C.-based political director for the Iraq and Afghanistan Veterans of America, welcomed McDonald’s reorganization effort and said it is a critical step in the right direction. “The reorganization is crucial. He’s putting veterans first and treating us like customers,” Rausch said. “That’s critical in order for VA to change its culture.”

Rausch said IAVA and other veterans groups have participated in at least a dozen meetings with McDonald since he took office, and he applauded the new secretary for moving fast on reforms and on personnel accountability. “We know he has a tough job. And we know that a lot of those folks [responsible for misconduct] are not there anymore,” Rausch said. “We want to see the VA take further action. But we also think it’s critical that everybody get behind the VA right now. That includes Congress.” 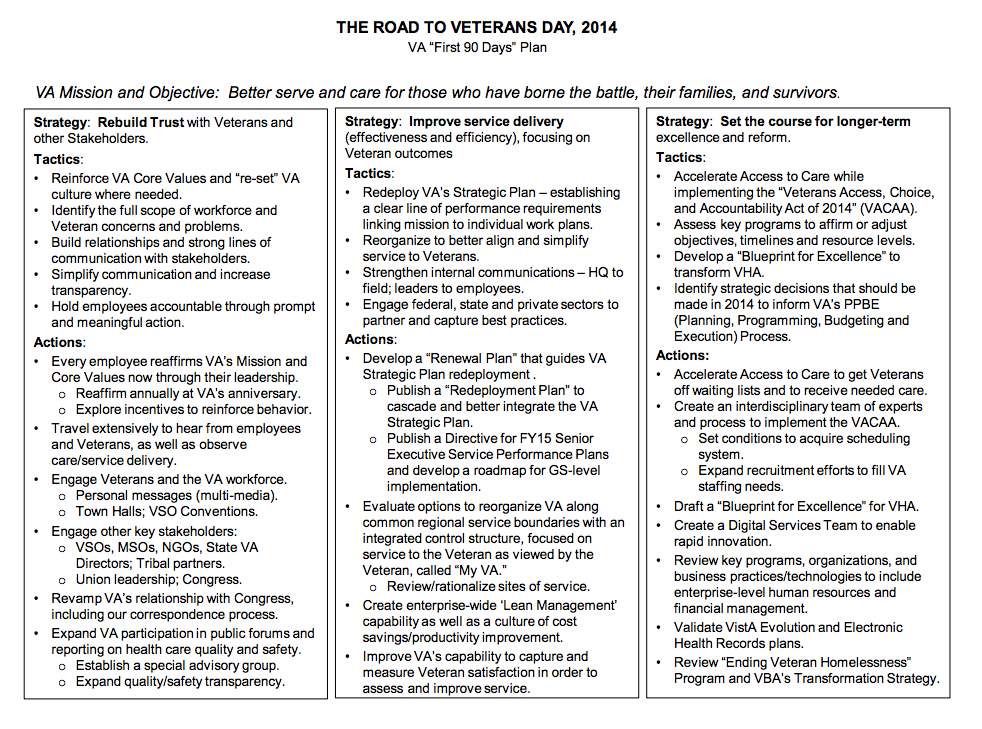