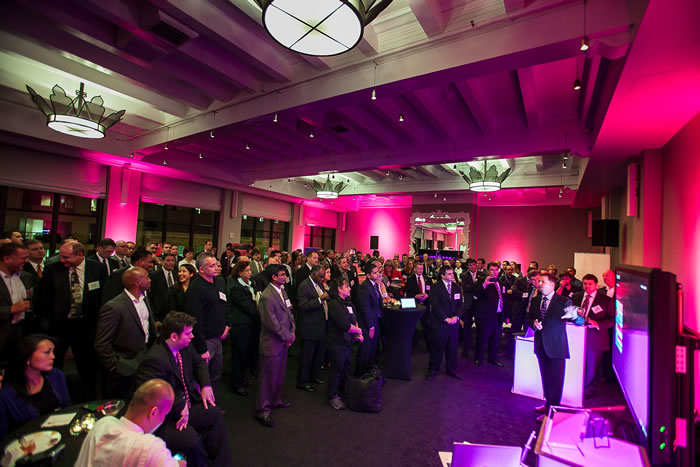 In an event hosted by FedScoop at the W Hotel in Washington, D.C., more than 250 technology executives from government and industry came for the demonstration of Windows 8, along with product displays from Microsoft’s partners.

Windows 8 also introduces a new shell and user interface based on Microsoft’s “Metro” design language, featuring a new “Start” screen with a grid of dynamically updating tiles to represent applications, a new app platform with an emphasis on touchscreen input, the new Windows Store to obtain and purchase applications for the system, and the ability to synchronize programs and settings between multiple devices.

Tom Looney, vice president and general manager for North America for Lenovo, said Windows 8 provides an operating system that will resonate with the federal government’s growing number of younger workers.

“You put that systems with a secure product like Lenovo’s ThinkPad Tablet 2 or Lenovo’s Yoga computer, it will provide an environment that people want to work on, but one that meets all the government security standards as well.”

Nigel Ballard, director of federal marketing at Intel, said the federal government has been looking for a touch-enabled mobile platform that meets the government’s strict security controls and runs its existing apps. It’s found that, Ballard said, in Windows 8.

Tom Hoy, a District manager for HP’s federal business who focuses on the U.S. Army and Department of Defense agencies, agreed with Ballard, saying Windows 8 paired with HP’s Ultrabooks brings “reliability, durability and secure-ability, all in one device.”