Starting Wednesday, U.S. citizens and Canadian visitors can submit their passport information and customs declaration forms via the Mobile Passport Control app before going through CBP inspection. The app, developed by Airside Mobile and Airports Council International-North America, is an extension of CBP’s Automated Passport Control program that expedites the customs process at 22 airports in the U.S. and Canada.

Travelers create submissions within the app, complete with passport information. Upon landing in the United States, travelers then submit flight information, a photo and a customs declaration form. The app then creates a QR code that travelers will take through an expedited line at a CBP kiosk. 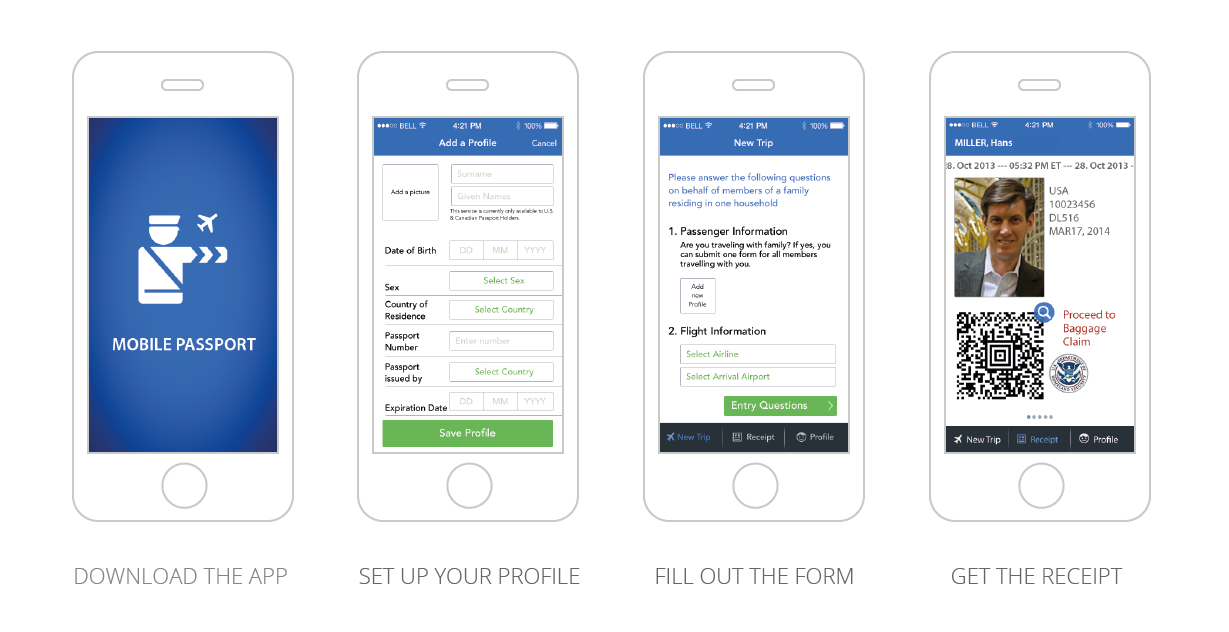 “CBP continues to transform the international arrivals experience for travelers by offering new and innovative ways to expedite entry into the United States, while maintaining the highest standards of security,” CBP Commissioner R. Gil Kerlikowske said. “By offering this app to passengers, we hope to build upon the success we have already experienced with Automated Passport Control, which has resulted in decreases in wait times as much as 25 to 40 percent, even with continued growth in international arrivals.”

The app currently can only be used at Atlanta’s Hartsfield-Jackson International Airport and on iOS devices. More locations and an Android version are expected later this year.

“Mobile Passport exemplifies the forward-thinking commitment CBP and airports have to improving the passenger experience when entering the United States,” ACI-NA President and CEO Kevin M. Burke said.  “This partnership between CBP and ACI-NA also represents an outstanding example of industry and government working together to find smart, cost-effective solutions.  We look forward to continuing our collaboration with CBP as Mobile Passport begins its roll-out at U.S. airports later this year.”

You can find out more about Mobile Passport Control here.

by Billy Mitchell • 1 day ago
Tech