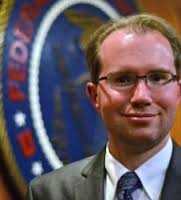 In 2014, there are just as many network and mobile devices on the planet that there are humans. In two years, the number of mobile and network devices will surpass the human population —  twofold.

David Bray, chief information officer at the Federal Communications Commission, says for this reason, civic innovation and engagement are more important than ever.

FCC has leveraged mobile applications and blog posts to empower citizens; one FCC app is the first citizen-led crowdsourced map-tracking broadband connection, and a blog post Bray wrote this week is soliciting advice and suggestions from the public for how to best secure mobile devices.

Bray sat down with FedScoop TV at the Adobe Digital Government Assembly event to talk about what he and his team at FCC are doing, and what he sees as emerging trends in 2014.