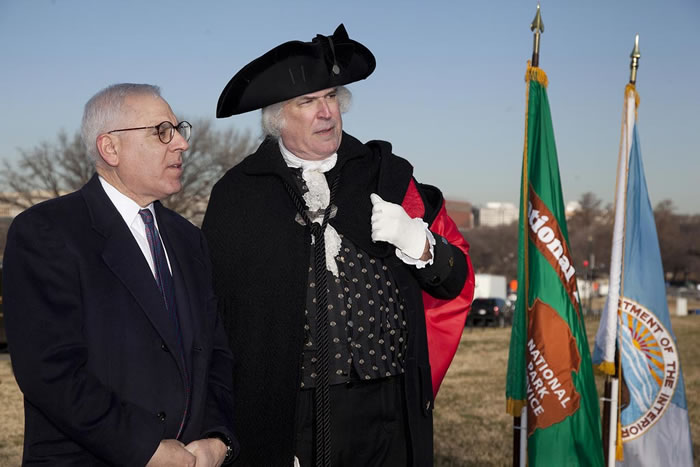 So, what does $7.5 million buy you? For one, it will get a guy dressed as George Washington to come out and tell you thank you for fixing his monument. That was the scene yesterday on the National Mall as David Rubenstein, the co-founder of the Carlyle Group and noted philanthropist who Forbes estimates his net worth at a cool $2.6 billion, donated the above amount to help fix the damages to the monument from the August earthquake.

Some fun facts about Rubenstein: He bought the Magna Carta and has a building at Duke University named after him. I was at an event once where someone asked him to buy the Redskins and his response was that owning a professional sports team too often interferes with a person’s ability to run their other businesses effectively. Oh …

There’s an agency day for FedRAMP this morning. If you hurry you can still make it …

The DOD has a new site for military kids …

People of the CIA …

If David Stegon had $2.6 billion to buy the Redskins he assures you it wouldn’t impede his ability to write the MorningScoop. The MorningScoop posts each morning at 6 a.m. with news from around the federal government. Submit news items to David at david.stegon@fedscoop.com. Follow him on Twitter (@davidstegon) and check back to FedScoop.com for regular updates throughout the day.