Instead of looking to the skies Friday evening when NASA launches the Lunar Atmosphere and Dust Environment Explorer, people can now use their phones to catch a glimpse.

NASA announced Friday it had joined Instagram and has already gained more than 2,000 followers. The space agency’s first two posts were photos of the moon, in honor of LADEE’s launch.

LADEE will orbit the moon to gather intelligence about the composition of the lunar atmosphere and determine if dust is being launched into the lunar sky.

NASA plans to use its new account to document and post real-time photos of the launch, before and during the liftoff.

“We’re constantly looking to expand our social media portfolio to include tools that will best tell NASA’s story of exploration and discovery,” said NASA Press Secretary Lauren Worley. “Instagram has a passionate following of users who are hungry for new and exciting photos. We believe we have some of the most engaging images on and off the planet — and we can’t wait to engage with Instagrammers.”

Different arms of NASA have already been on Instagram for several years. NASA’s Goddard Space Flight Center Instagram account, which includes space selfies and incredible views from space, has accumulated almost 400,000 followers since it joined in 2011.

Hopefully, users can expect the same behind-the-scenes and entertaining posts  the Goddard Center has become known for: 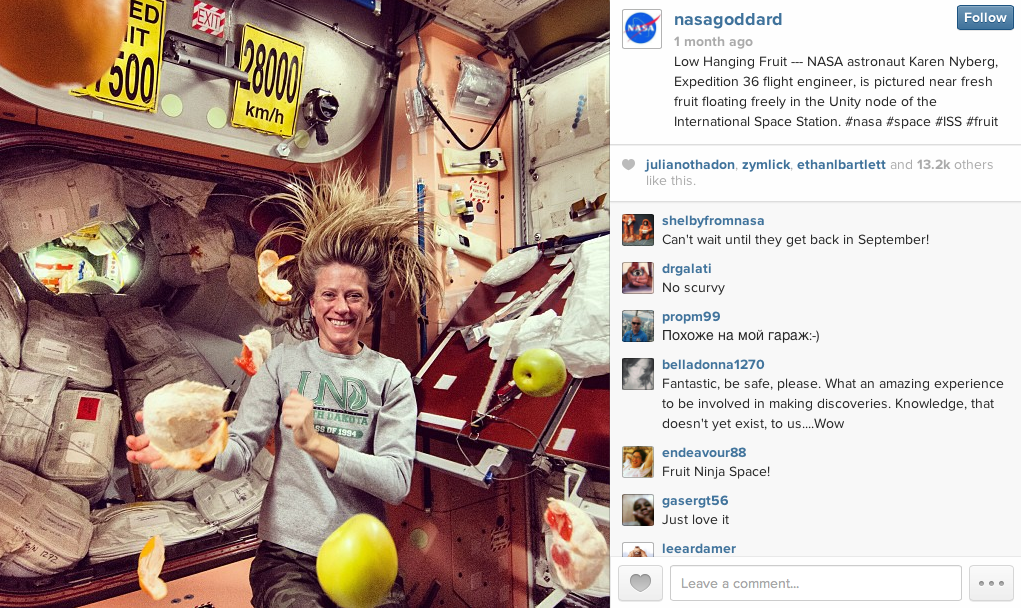 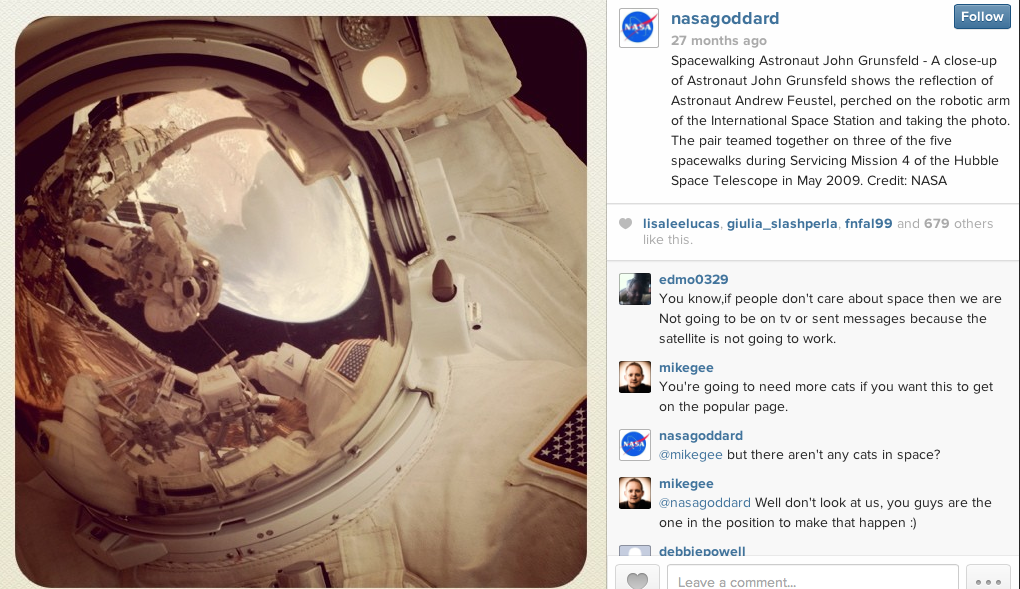