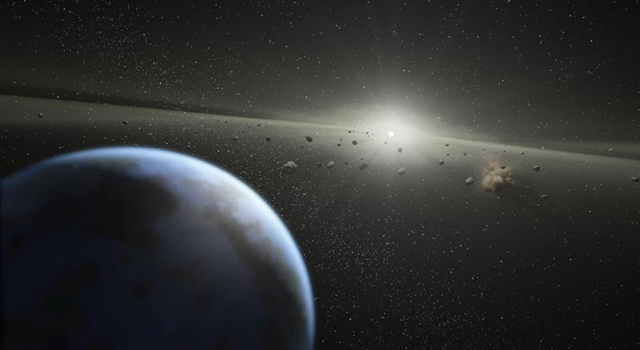 In order to solve some of the challenges presented by the massive expanse of the universe, NASA has turned to a massive community of coders and data scientists.

NASA’s National Tournament Lab is working with TopCoder, a community of more than 630,000 developers, designers and scientists, to find solutions for everything from faster email delivery from space to monitoring astronaut health.

The second phase of one such challenge, NASA’s Asteroid Data Hunter, started Monday and is aimed at finding better ways to detect asteroids and prevent false detections from ground-based telescopes.

TopCoder competitors will be leveraging algorithms created in the competition’s first phase to hone their ability to ignore imperfections in the collected data. The challenge, conducted in partnership with Planetary Resources Inc., calls on anyone who has an understanding of antenna theory, radar and electromagnetics.

NASA’s National Tournament Lab was established in 2011 in a joint effort with Harvard University. The lab was born out of a 2009 TopCoder challenge that developed algorithms designed for medical kits that would one day be used in long-term human space missions.

“As NASA continues to push the boundaries of human imagination and innovation, we have seen the value in utilizing a citizen-based professional crowd to complement our internal efforts and solve complex real-world challenges,” said Jason Crusan, NASA Tournament Lab director, in a release. “Tapping into a diverse pool of the world’s top technical talent has not only resulted in new and innovative ways to advance technologies to further space exploration, but has also led to a whole new way of thinking for NASA, and other government agencies, providing us with an additional set of on-demand tools to tackle complex projects.”

The contest is part of NASA’s Grand Asteroid Challenge, which has a goal of finding all known asteroid threats to the planet.

The asteroid challenge is not the only one currently utilizing the TopCoder community. Among the other challenges currently open are:

TopCoder, which is part of enterprise cloud consultancy firm Appirio, has worked with other federal agencies, including the Centers for Medicare and Medicaid Services, USAID, the Energy Department and the Environmental Protection Agency.

“The [topcoder] community has really taken a leading role in the field of data science when it comes to providing the best expertise across the world in algorithmic and statistical work, as well as digitization, and computer science,” said Karim R. Lakhani, principal investigator of National Tournament Lab, in a statement. “These data scientists have been able take the complex, data intensive problems facing NASA and other federal agencies, analyze it, and then turn that analysis into creating actual solutions to advance some of their most important initiatives.”