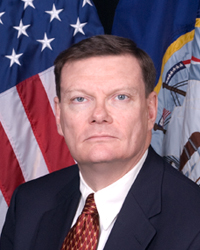 Terry Halvorsen, chief information officer of the U.S. Navy, has an information technology budget in the billions of dollars, but he’s still looking to save money wherever possible.

That includes website hosting where in a recently published article in CHIPS, the Navy’s IT magazine, Halvorsen gave his reasons for choosing Amazon Web Services to host the secretary of the Navy’s public-facing portal over a government option.

“The [Department of Navy] first considered a government site to host the portal, but found that commercial sites are less expensive,” Halvorsen wrote. “Further, congressional guidance requires the department to evaluate and select commercially provided services that meet security standards and are less expensive than what it costs to perform those services internally. As a result, the DON has achieved a 50 percent reduction in cost to operate the portal.”

Halvorsen went on to say the Amazon option is the first case of the Navy placing low-risk, public-facing data on a commercial server to save money, something the department will continue to explore.

“The focus on budget reductions has made us more accepting of ideas that, in the past, we may have thought too extreme to consider,” Halvorsen wrote. “The next step is a more fundamental change to the way we do business and the way we act as a business.”

This is not the first time Halvorsen has chosen a vendor over a government option.

On April 1, he released a memo on the department’s cloud computing future and said the Navy will be looking at commercial providers as the cloud-brokerage system being created by the Defense Information Systems Agency is being ramped up.

“The broker concept is still being developed by [the Defense Department] and is not fully in place,” the memo states. “Therefore, pending further guidance from the DOD CIO, the DON must move forward and employ capable solutions that meet mission and security requirements and provide the best value.”