Veterans Affairs Secretary Robert McDonald outlined for the first time Monday his strategic vision for a new, efficient and innovative VA that is no longer hamstrung by old-fashioned hierarchy and a complex maze of websites and systems that prevent veterans from accessing VA medical services.

The plan, which McDonald called the Road to Veterans Day during a press conference at VA headquarters, is the agency’s 90-day effort to correct major problems in VA’s processes and work environment and restore the public’s trust after a scheduling system scandal that saw dozens of veterans die while waiting to receive medical treatment.

“We’ll judge the success of all of these efforts against one single, unified metric. And that metric is, obviously, the satisfaction of the veterans we are trying to serve,” McDonald said.

Although the 90-day plan is designed to institute a series of quick measures the agency can rollout in the short-term to correct the biggest problems standing in the way of veterans accessing timely care, McDonald’s vision calls for a fundamental restructuring of VA as an agency and as a culture. McDonald referred to the approach as sustainable accountability — a top-to-bottom reform effort that deals with everything from training to corporate culture and website design.

“We are too complicated from the veteran’s standpoint,” McDonald said, referring to the nine different geographic regions that govern where veterans get their care around the country and the more than a dozen websites that veterans must navigate to access VA information.

“We want to reorganize to better align and simplify service to veterans,” he said. “Right now if you go to any Veterans Affairs website, you’ll find that there are 14 different websites that require a different user name and a different password for veterans to access the VA. That’s just flat wrong. We’ve got to make it easier for the veteran to access the VA through one website, one username, one password.” 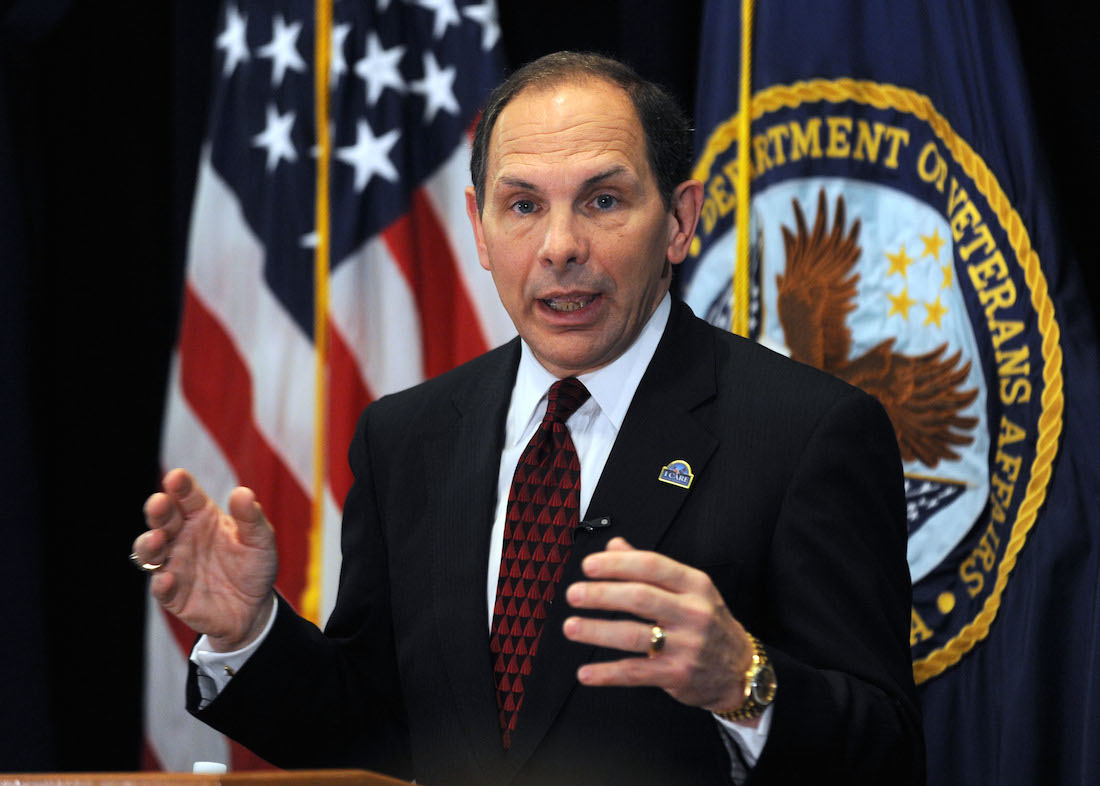 McDonald, a former Procter & Gamble Co. executive, also took aim directly at VA’s hierarchical, military-style management structure and committed to reforming a corporate culture that under his predecessor, retired Army Gen. Eric Shinseki, punished whistleblowers for speaking up and stifled staff interactions with the public and the media.

“We need to open up the culture. When I was going around it seemed to me that employees thought of the hierarchy of VA as a pyramid,” McDonald said. “And being the secretary, everybody would rise when I entered the room, everybody would call me sir and it was very formal. As a result I got the impression that the employees thought the secretary, like the CEO of a company, was on the apex of the pyramid and that the veterans were on the bottom of the pyramid. And I don’t like that idea. So one of the things I’m trying to do is create a non-hierarchical organization … where the veteran is on top.”

One of the first things McDonald has done to help flatten the VA organization is to require all VA employees call him by his first name. He even required reporters who attended the press conference to introduce themselves by their first name and to call him Bob.

“I need to create a much more open culture here where every employee feels comfortable telling the secretary what’s wrong in the organization and how we can improve,” he said. “Also, I do my own email … so people know how to contact me. We need to open up the lines of communication in this organization and get rid of some of the hierarchy and bureaucracy, flatten the organization.”

When asked by FedScoop if VA would have to go back to Congress for additional funding to rollout the new scheduling component of the Veterans Integrated System Technology Architecture system, known as VistA, McDonald said he believes the agency has budgeted the right amount from the recently passed $16 billion VA overhaul bill, known as the Veterans Access Choice and Accountability Act of 2014.

“We tried to put the money we needed in the act that was recently passed. I can’t predict the future, but I think we’ve done a good job of that,” McDonald said. “As we work through this scheduling system, we’re going to be very eager to find an off-the-shelf product that’s proven effective and that we won’t run into executional difficulties as we move forward. We’re making a number of fixes with the current systems, so we’re not waiting for that, and we’re going to get that right and we’re going to do that as quickly as possible, but that off-the-shelf product will become very, very important as we move forward.”

For McDonald, every decision — whether on the future of VistA scheduling or to eliminate an underperforming program — must be viewed through the lens of the veteran and whether or not the agency’s customers are deriving value from individual initiatives. “We don’t get rewarded for making a scheduling system, we get rewarded for having an effective scheduling system that gets veterans into care,” he said. “We shouldn’t punish veterans for having nine different geographic maps for the Veterans Affairs Department. We shouldn’t punish veterans for having 14 different websites with user names and passwords required.”

As of Sept. 5, the Veterans Health Administration has reached out to more than 294,000 veterans to get them off wait lists and decreased the number of veterans on the electronic wait list by 57 percent, McDonald said.