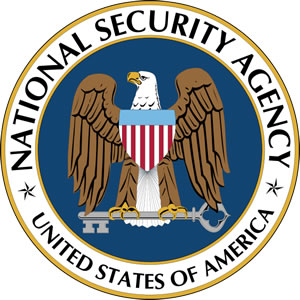 The agency was established on Nov. 4, 1952, by President Harry Truman in the wake of World War II.

As part of the anniversary, NSA will release an anniversary publication, 60 years of Defense Out Nation, on Tuesday that describes the agency’s achievements in areas such as signals intelligence, information assurance, innovative research and contributions in support of U.S. military and foreign policy goals.

A public ceremony will be held on the same day at the agency’s National Cryptologic Museum, where officials will present a new 60th Anniversary Exhibit and host two World War II cryptographers who worked on the SIGABA cipher machine, the only such device that remained completely unbroken by an enemy during the war.

More information about NSA and its history is available online at nsa.gov. For details about the Nov. 7 ceremony, e-mail nsapao@nsa.gov.

In issuing the directive that gave birth to the agency, then-President Harry Truman understood the need to continue U.S. efforts that had led to breaking German and Japanese codes in World War II, success against the German U-Boat threat in the North Atlantic, and victory in the Battle of Midway in the Pacific. America had become a dominant power on a global stage, facing global responsibilities and threats. As war raged in Korea, the creation of NSA allowed the Defense Department to consolidate cryptologic support to military operations, and to meet challenges that the nation would face in the Cold War.

The country needed a National Security Agency at that time. Sixty years later, it still does.

by Billy Mitchell • 1 day ago
Cyber

by Billy Mitchell • 2 days ago
Defense