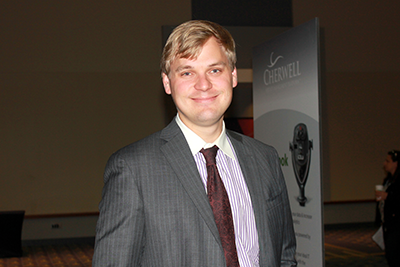 Thursday marks the deadline for federal agencies to have completed two application programming interfaces as part of the Digital Government Strategy, but just because the milestone will have passed does not mean the creation of APIs will slow down.

In an interview with FedScoop, Gray Brooks, senior API strategist for the General Services Administration’s Digital Innovation Center, pointed to two primary reasons the growth of APIs is expected to continue.

First, the White House’s recently released open data policy requires agencies to maintain data in a mature modern way in how it collects, maintains and distributes its information and the logical extension of that is API.

“I’m not worried about any agency going, ‘Well, that was fun,’ and moving in a different direction because I believe agencies are really starting to see the long-term value is creating them,” said Brooks, who helped agencies create APIs as part of the Digital Government Strategy.

The second is a growing grassroots community of government employees and industry developers who collaborate both on a List-Serv and in a regular Meet-Up to discuss the world of APIs in the federal government and share lessons learned.

The Meet-Up, in particular, convenes roughly once a month and is made up of about half government and half industry with app developers from the private sector sharing their insights with the government folks and vice versa. The upcoming Meet-Up will feature speakers from the Agriculture Department and the National Renewable Energy Laboratory.

That movement is part of the work Brooks and his team have done the past year. He said agencies came into the API mandate with a wide range of capability in the API space. Some departments had never tackled an API while others, including the departments of Labor and Health and Human Services, were seasoned professionals with dozens under their belt.

“I’ve enjoyed working with the agencies in the intermediate stages the most,” Brooks said. “They are past their first API and at the point where they are really starting to buy in. That to me has been the most exciting part of this process.”

Along with HHS and Labor, Brooks pointed to the Census Bureau as one of the leaders in the API space and the Defense Department as an innovator in education with its Advanced Distributed Learning APIs.

Brooks also highlighted an API the Housing and Urban Development Department is rolling out on its housing counselor data set.

Another thing Brooks has been tackling, as part of the Digital Government Strategy, is agency developer pages. Under the strategy, each agency had a year to create a web page specifically tailored for the developer community.

The goal, Brooks said, has been relatively simple: have agencies create a consistent hub with some core reliable components such as a directory of the agency’s APIs, a place to give developer feedback and any open source projects the agency has produced.

“The open data policy will now be the path forward for us,” Brooks said. “It’s been a process that in many ways is just getting started. We’ve been able to embed ourselves into the psyche and workflow of many of the agencies and they are beginning to see how APIs can help them.”

by Sara Wilson • 20 hours ago
Tech