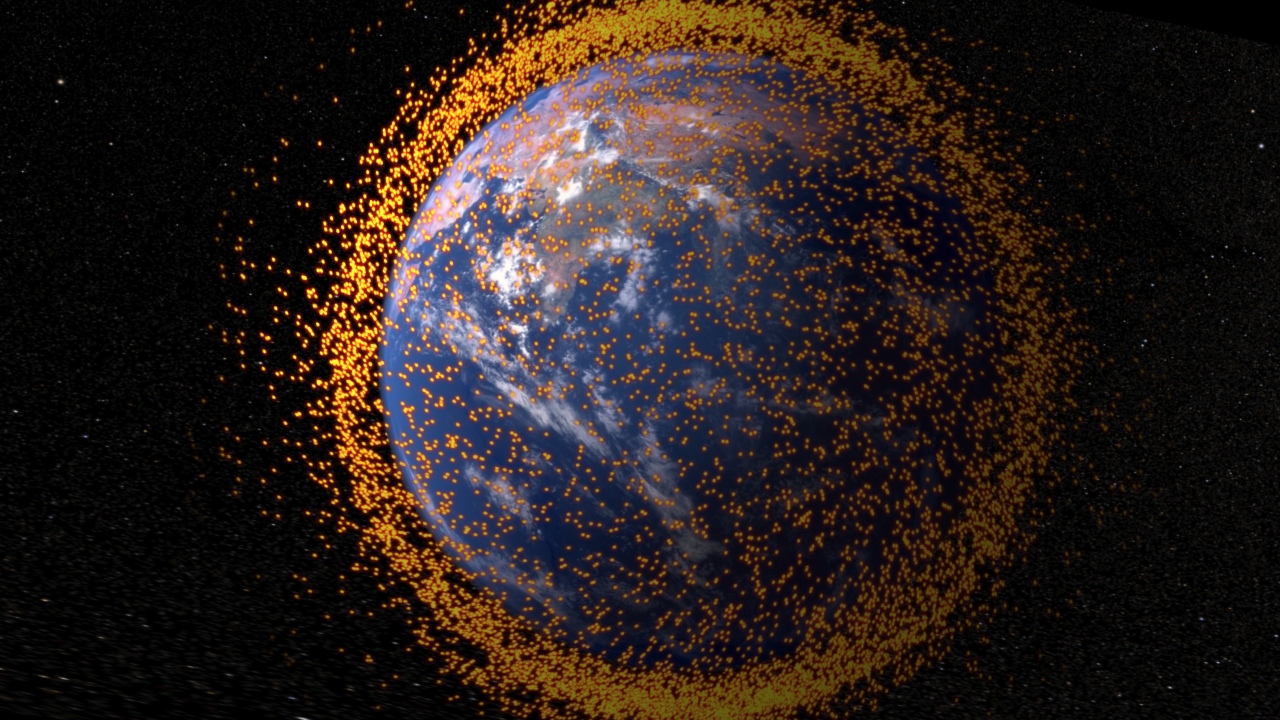 There are few high-tech systems that play a more fundamental role in modern warfare and intelligence gathering than satellites. Used for everything from global communications, navigation, weather monitoring, to imagery surveillance, satellites are a prime target for America’s future enemies.

But the Defense Department is worried about another major threat to the fleet of military and commercial satellite systems orbiting the Earth — space junk. That’s right: The space surrounding the Earth’s atmosphere is a crowded place. A massive cloud of debris, with pieces as small as paint chips to as large as decommissioned satellites and spent rocket boosters, surrounds the Earth and at any given moment could pose a serious threat to military, civil and commercial satellite services.

“The orbits are filled with active and inactive satellites, but they’re also filled with debris from rocket launches or from past collisions,” said Lt. Col. Robert Atkins, chief of space situation awareness and command and control for the Air Force Space Command at Peterson Air Force Base in Colorado.

“They hit each other anywhere from probably 20,000 to 35,000 miles per hour,” he continued. “So if you can imagine what that impact is like, it creates a gigantic cloud of debris. Now, you’ve created a cloud of debris which most likely is going to interfere with other objects” that are following the same orbit.

One of the worst man-made debris clouds in history was formed Jan. 11, 2007, when the Chinese government launched an interceptor missile in an anti-satellite weapon test that destroyed China’s decommissioned Fengyun-1C weather satellite. The resulting explosion generated more than 3,000 pieces of debris larger than 10 cm and an additional 150,000 pieces larger than 1 cm. According to a study released in January by the Congressional Research Service, the remnants of this event will likely remain in orbit for at least a century.

But the debris cloud to which the Chinese intercept explosion added was already growing. In fact, it’s grown so fast during the last several decades of human space flight, experts believe it has reached critical mass and may continue to grow uncontrollably in the future. 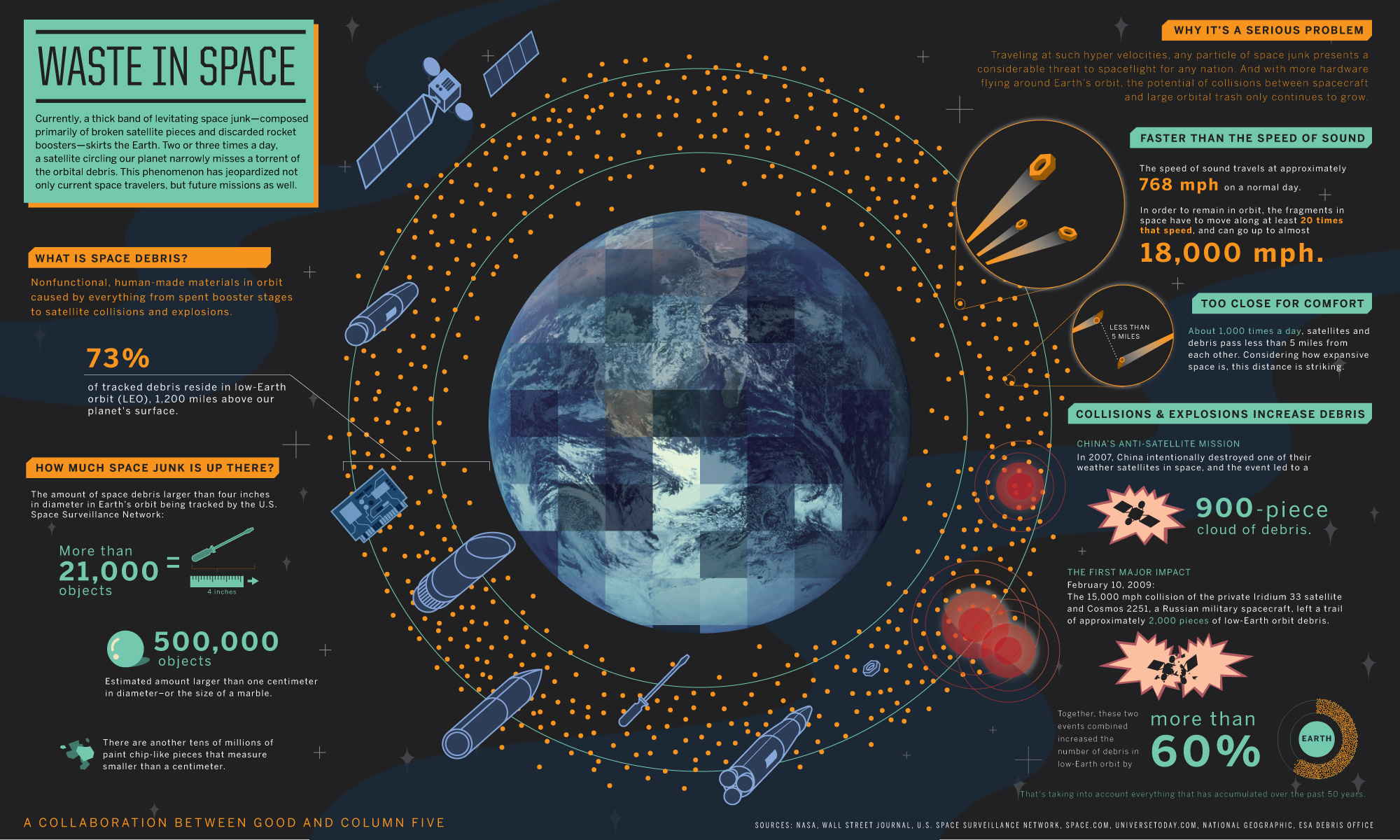 “The mass of man-made debris in low Earth orbit has reached a critical density that will lead to a slow but unstoppable growth of space debris that could have profound implications,” the CRS report states.

The Pentagon has responded to this growing danger with a global network of 30 radars and electro-optical sensors that make up what is known as the Space Surveillance Network. It is the premiere space object tracking system in the world, and it leverages massive computing power stored at the Joint Space Operations Center at Vandenberg Air Force Base in California.

Analysts match sensor observations to the orbiting objects, catalog, and update the position and velocity of each one. These updates form what is known as the Satellite Catalog, a comprehensive listing of the numbers, types and orbits of all objects in space that can be tracked.

The Space Surveillance Network currently tracks more than 23,000 objects as small as the size of a softball in what is known as a low Earth orbit, between 99 miles and 1,200 miles above the earth. Of those, only about 1,100 are active satellites. The rest is space junk.