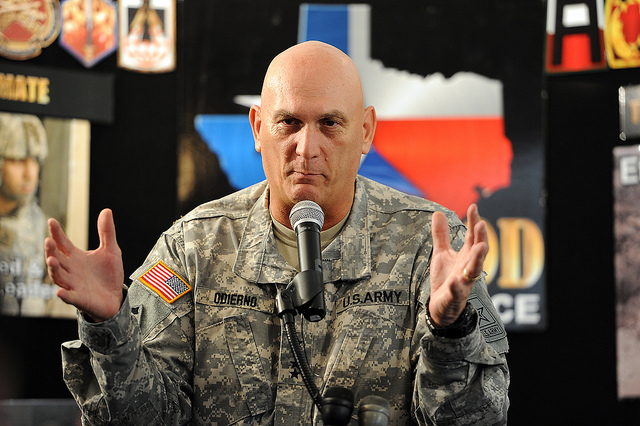 Speaking Thursday at the Association of U.S. Army members, Odierno said the Joint Chiefs of Staff wrote a letter to House and Senate leaders on January 14 voicing concerns over the future readiness of the military.

Odierno said that the three budget conditions – sequestration, the continuing resolution and the budget shortfall – are creating a “perfect storm.”

“In the past we’ve taken reductions during relative peace and stability, but in my mind as I look at the world today, there’s instability on every continent around the world and there’s incredible uncertainty on what the future may hold,” he said, citing hotbeds and potential hotbeds such as Algeria, Libya, Syria, Iran and North Korea.

“We will continue to prioritize modernization so that our current and future force is prepared for a wide range of military operations, but we’ve had to slow down our modernization efforts,” Odierno said. “At the same time our ability to modernize the force will be balanced with issues of readiness and end strength.”

He continued, “Our biggest challenge is getting the right balance, and we can’t do that until we have predictability in our budget process. If we don’t have predictability, it’s impossible for us to build a balanced force of end-strength modernization readiness.”