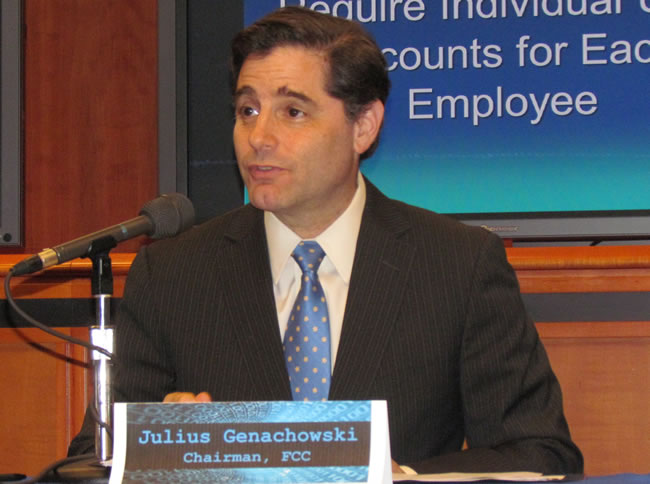 Federal Communications Commission head Julius Genachowski has lined up a new gig, less than a month after announcing his resignation from government.

Genachowski, who has served as FCC chairman since June 2009, will become senior fellow at the Aspen Institute Communications and Society Program after he resigns in the coming weeks. The Aspen Institute is an educational and policy studies organization based in Washington, D.C. Genachowski’s new role will entail advising on the institute’s communications policy programs.

In an April 15 announcement, Genachowski said he was enthusiastic about helping the institute advance its mission.

“The Internet and mobile are having a transformative impact on our economy and society,” he said. “The institute has an unparalleled ability to convene business, government and nonprofit leaders to address the effect of digital technologies on many of the world’s most vexing problems, and I’m looking forward to being involved in that effort.”