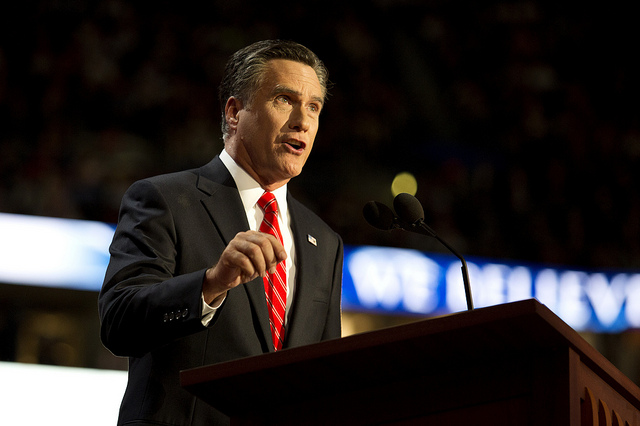 Speaking before veterans at an American Legion hall in Springfield, Va., Romney said sequestration would lead to 136,000 lost jobs in the state. He also said the cuts would leave the United States vulnerable at a perilous moment in international affairs.

“The world is not a safe place. It remains dangerous. Look around the world. Look at North Korea. They continue to develop and promote nuclear capability on their own part and export it to others,” Romney said.

“Egypt, now with a Muslim Brotherhood president. Pakistan, highly tumultuous. Afghanistan, our men and women still in Afghanistan,” Romney added. “You keep going around the world, it is still a troubled and dangerous world and the idea of cutting our military commitment by a trillion dollars over this decade is unthinkable and devastating, and when I become president of the United States, we will stop it.”

The sequestration cuts would also mean fewer services for veterans, Romney said. He said there are one million veterans already waiting to have their disability claims processed.

“I understand they had so many claims piled up in one building here in Virginia that the building became structurally unsound and they had to get the people out of there,” Romney said. “How could this be?”

by Sara Wilson • 12 hours ago
Tech