Small and medium-sized businesses are finding it more difficult than ever to break into the world of defense contracting. And massive budget cuts stemming from sequestration and the post-war reduction in the size of the military is just the beginning of their challenges.

Dozens of executives from a variety of small technology companies Dec. 5 packed a small room in Tysons Corner, Va., to get a chance to question several current and former senior Defense Department acquisition and technology officials about the future of defense acquisition. The event was sponsored by the Washington, D.C.-chapter of the Armed Forced Communications and Electronics Association.

But the answers and outlook provided by the DOD representatives were less than encouraging and lacking in the detail many had hoped to hear.

One common theme raised by several executives in attendance was the inability of small businesses to navigate alone through the highly complex defense procurement process. Others expressed frustration with the government’s interactions with industry, arguing too many agency requests for information and proposals are multibillion-dollar, multiple-award contracts that ignore small business solutions.

Evelyn DePalma, former director of procurement at the Defense Information Systems Agency and former chief of the Defense Information Technology Contracting Office, advised small businesses to respond to requests for information regardless of the contract size and scope of work. Small businesses should respond and explain the value of their specific technology to the larger contract to improve their chances of working as a partner to a larger prime contractor. 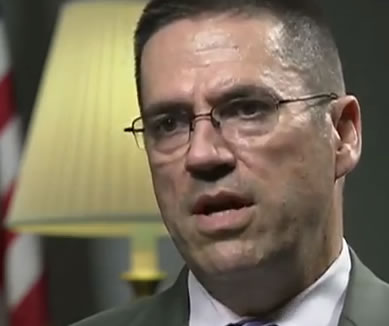 Robert Carey, principal deputy chief information officer at the Pentagon, said the future of DOD acquisition is in “bigger buys of less complicated things” with a trend toward services contracts.

“We are going to go to enterprise solutions for almost everything,” Carey said.

But the failure of Congress to pass a defense appropriations bill does not mean smaller contracts are off the table, Carey said.

“Spend isn’t cut off [during a continuing resolution]; it’s throttled,” he said. And although “people are a little hesitant to throw big chunks of money on the table right now,” it doesn’t preclude the department from spending the money it has.

That didn’t satisfy some in the audience who fear the government’s focus on selecting contractors based on the lowest price technically acceptable, known as LPTA, is effectively eliminating small business solutions that focus on best value.

DOD accounts for nearly one-half of the entire federal government’s IT budget of approximately $80 billion. In addition, it leads the federal government in the amount of LPTA procurements, with $6.5 billion, according to a study released in November by Centurion Research Solutions and Market Connections, Inc.

But DePalma said many in industry operate under the misperception that the government requires contracting officers to focus on LPTA instead of best-value proposals.

“There is no mandate to use [LPTA] for source selection,” DePalma said. However, she acknowledged many in government harbor the perception that using LPTA to conduct a source selection is the easiest, fastest way to manage procurements.

And that can be the source of some problems for the government, said Harry Hallock, deputy assistant secretary of the Army for procurement. “We’re getting what we ask for,” he said. “And we’re not always happy with what we ask for,” Hallock said, referring to the lack of technical specificity that can sometimes occur in LPTA procurements.

“When the budgets are flush, you will find more appetite to do best-value,” Carey said. “Today, the pressures are very different. Now, we’re arguing about one-, two- and three-million-dollar [contracts]. The contracting teams are forced to squeeze pennies out.”