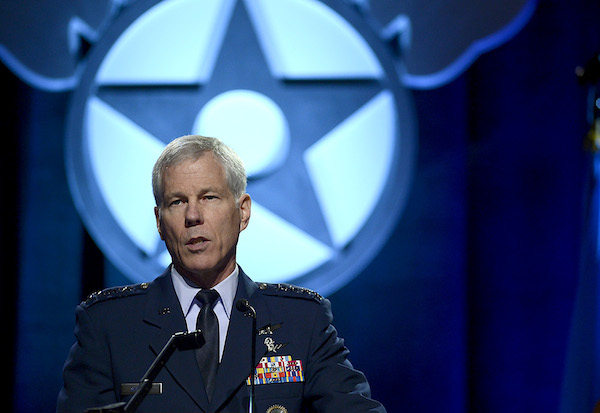 The Air Force Space Command has launched a new satellite program that will present “significant improvement in space object surveillance,” according to the command leader.

The initiative, which will launch two satellites on the same vehicle later this year, will boost space object surveillance “not only for better collision avoidance but also for detecting threats,” said Shelton, who has served in the Air Force since 1976.

“GSSAP will bolster our ability to discern when adversaries attempt to avoid detection and to discover capabilities they may have, which might be harmful to our critical assets at these higher altitudes,” he said.

Shelton said the dependence on and demand for space and cyberspace is at an all-time high. Currently, 170 countries have an interest in space, and 11 countries have indigenous launch capability.

Despite the increased dependence, the fiscal belt tightening has created roadblocks to meeting the growing demand. Shelton said what’s needed is “the nexus of required capability, affordability and resilience” for the nation’s space systems.

“The study work we are doing right now will be effectual for new solutions in the mid-2020 timeframe,” he said. “But we’ve got to get that work done now.”

by Billy Mitchell • 13 hours ago
Defense