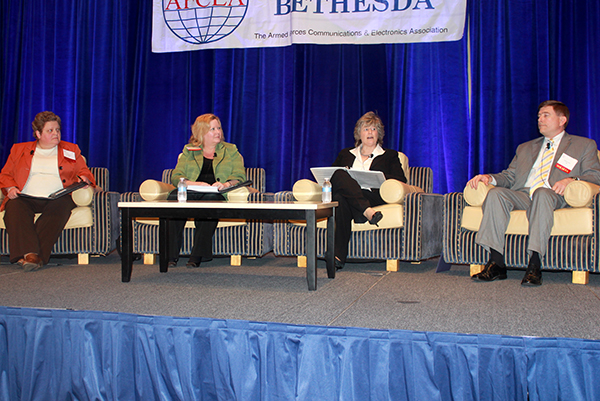 With the bombings at the Boston Marathon, the public got a first-hand view this week of the new ways the Department of Homeland Security is using data and analytics to protect the nation, said the agency’s acting chief information officer.

Margie Graves, speaking at an April 19 AFCEA Bethesda breakfast on the fiscal year 2014 budget, said the proliferation of public data and information has created a new environment where DHS has shortened the lifecycle on even some of its most crucial missions.

“It was demonstrated very clearly this week from an outside in perspective where pictures and videos of those affiliated with the bombings were posted on social media and picked up by law enforcement,” Graves said. “This kind of information shows how the department used data to the nation’s benefit and how we are moving forward in the future.”

Graves also pointed to Hurricane Sandy when DHS and the Energy Department teamed to create a mash-up of available gas stations to help those looking for fuel either for travel or home generators.

“IT isn’t about delivering your BlackBerry or your printing, but changing the way we do business in the federal government today,” said Graves, who spoke on a panel with federal Deputy CIO Lisa Schlosser, Agriculture Department CIO Cheryl Cook, and Health and Human Services Department Deputy CIO Robert Foster.

The White House is working on an open data policy and will release it soon to federal agencies, Schlosser said Friday.

Schlosser said the open data policy is one of several key initiatives she and U.S. CIO Steven VanRoekel, along with the rest of the technology team at the Office of Management and Budget, will be working on in the coming year.

Most of them, she said, center on creating an innovative culture throughout the federal government, cutting technology waste and reinvesting it in cutting-edge technologies, cybersecurity and big data.

“You’ll always hear Steve talk about savings, but that’s in context of innovation,” Schlosser said. “We are not looking to cut the budget, but instead want to cut out the waste and use that money to invest in the right things that can deliver better services.”

Foster, a little more than three months into his job after serving as deputy CIO at Immigrations and Customs Enforcement, said HHS is looking for a high-performance computing shared service solution.

He said the department’s subagencies, including the National Institutes of Health and the Centers for Disease Control, do high-level work with large amounts of data and need such a solution.

“The human genome was mapped and that was an amazing amount of data,” Foster said. “Now the Obama administration wants to start looking at the brain, so we anticipate the need for more high-performance computing as these efforts increase.”

Ben Franklin: cyber warrior? The answer, if you ask Cook, is yes.

Cook, a native Pennsylvanian, jokes Franklin is her favorite person from her home state and cites his quote, “an ounce of prevention is worth a pound of cure” as being true to the cybersecurity battle.

With that in mind, Cook is launching Operation Ben Franklin to USDA’s more than 100,000 employees with posters in elevators, bathrooms, really anywhere you can think, with Franklin giving cybersecurity tips.

“I wanted everyone to be thinking about security at all times and for them to remember they are on the front lines when it comes cybersecurity,” she said.