WOMEN ON THIS PAGE 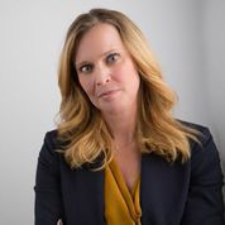 "Get engaged and build a network of people who are curious and inspired and nurture that network, it will pay dividends throughout your career.​"

Julie McPherson leads Booz Allen’s digital team as part of its Strategic Innovation Group, incubating and delivering digital tools to evolve the way systems are built and workforces access information in the digital era. Her team's focus is around transforming clients' missions from closed, proprietary solutions into open, agile enterprises, she told FedScoop.

"The digital world we are living in has created the opportunity to think differently about how a business or mission provides value to the enterprise," she said. "Today, the mindset of user centered, open and reuse, coupled with advances in cloud computing and mobility solutions, provide the incredible opportunity to deliver more value, faster and more efficiently, than ever before."


The biggest challenge I have faced in my career is striking balance. Learning when and how to prioritize the importance of my personal and family life with the importance of my professional life and work. It has changed quite a bit over the last 20 years. For me, strict lines don't work — I’m comfortable working anytime needed — late nights and weekends. However, I make sure to carve out time to be “offline” when I can truly disconnect and recharge.

What advice do you have for young women pursuing a STEM or business career?


Don’t be intimidated by the "experts," they were once new like you ... leverage their knowledge and ask lots of questions. The best advice I can offer is to get engaged and build a network of people who are curious and inspired and nurture that network, it will pay dividends throughout your career.


I truly love problem solving, and technology provided such a rich discipline to develop solutions from. ... I am passionate about creating experiences, with technology, to make the world a better place. 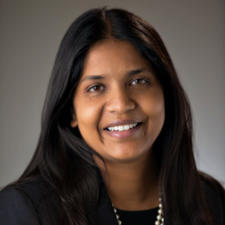 "I strongly believe that a good portion of what I have to do is really engage with the community and identify ways in which we can help them ... It has to be a collaborative atmosphere of how identify we can support each other."

Archana Vemulapalli hasn’t been on the job long — D.C. Mayor Muriel Bowser tabbed her as acting CTO in January — but in her first few months, she’s been working tirelessly to understand her purview as the head of technology efforts in the nation’s capital, as well as partnering with city staffers and lawmakers to develop a “shared vision” for the department moving forward.

Beyond working to get her feet wet in her first role in the public sector, Vemulapalli is also working to improve accountability in the department by creating a “live dashboard” that shows how staff has responded to other agencies’ requests for service and what projects they’re still working on. Additionally, Vemulapalli has worked closely with Bowser to solicit feedback on the District’s new policy that would make city data “open by default,” as part of a broader effort to improve transparency across the government.


Politics is completely alien to me. But I understand technology, and this is one unique role that, I think if you ask anyone, is a special opportunity, so it was hard to pass up.


It’s less about being a woman or a minority or anything else, it’s really about people having stereotypes, whatever role you’re in. And if someone has a stereotype, they’re always going to put the stereotype before your capability, and if you deliver at what you do, no one cares about the stereotypes anymore. For me, I’ve always been fortunate that the people I’ve worked with have always valued what I’ve done and gotten the opportunities, and at any time, if there was a situation where I was stuck with a stereotype, then the work spoke for itself, and no one really cares. At the end of the day, we all want to get our work done and look good, so if you stay focused on that, that’s been my thing. It’s only helped, it hasn’t hurt anything.

This is a very unique opportunity. For me, this is the ability to serve the city that I’ve been living in for over a decade. This is my home. In a role that I know. 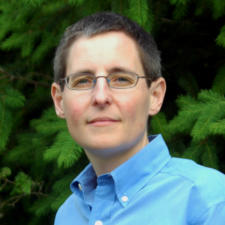 “I’m never going to be the person who runs for office — this is how I can change the world.”

EPA CIO Ann Dunkin has been leading a “digital transformation” within the agency, spearheading the EPA’s efforts to adapt to the sweeping FITARA rules while at the same time helping to set up a new system to allow the agency to better communicate with state and tribe regulators through its E-Enterprise for the Environment system.

Her office, which sits atop a $400 million technology portfolio, is also in charge of a number of shared services, like FOIA Online, and a docket system called eRulemaking, and is working to expand digital services.


I would probably say that there’s a thread of really transforming organizations. Taking an organization that is really not be in a great place — whether it’s morale, whether it is service quality — and really figuring out how to turn that organization around and make it be more successful and make our customers happier. I think that’s something I’ve done at a number of places. It’s consistently been one of the most challenging things because that’s really about changing  the culture and winning people’s hearts and minds, as opposed to just sitting in front of the schedule and trying to do something.


There’s a couple things: Being really clear about the kind of workplace you want to be in. Do you want to be in a workplace that’s a huge challenge? [Those women] are willing to go and work in oil exploration in the gulf and dealing with what might not be a very friendly climate. And other women want to be in a place that’s a little easier to navigate. So I think they need to think about how much challenge from an organizational standpoint they’re up for— how much they want to change the world and how much they just want to do their job.


I loved what I did at HP. And I loved HP as a company. But after a point, I got tired of the idea that all we were doing was selling ink and paper. And so I really decided I wanted to do something that would give me the opportunity to give back a little more. Which is why I went to the school district. And then here, there was an opportunity to give back on a bigger scale — the country, and arguably you could say the whole world because he environment doesn’t recognize borders.

So, I feel like even from what we’re doing — which is very noble — I’m probably reaching to quote Gandhi. But what Gandhi said is “Be the change you wish to see in the world.”

That’s what I’m trying to do, to be that change. I’m never going to be the person who runs for office. This is how I can change the world. 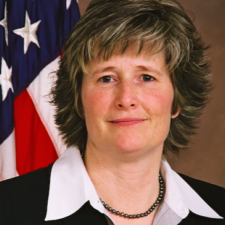 "My advice would be to pursue as much technical training as possible, but also combine that with leadership and management training.

Lisa Schlosser is the deputy federal CIO and in April will begin serving in a temporary role as acting CIO at OPM. While at OMB, she has worked to implement the concepts and spirit of FITARA, driving agencies to use provisioned services such as cloud, and working with federal CIO Council to put in new leadership and training programs for young leaders.


In doing my job, I really haven’t seen it as a challenge. It’s been a good opportunity. I would say the way that we are addressing some of these challenges and opportunities is with strong leadership from the federal CIOs who have been collaborative and have worked to implement some of the new policy initiatives.


My advice would be to pursue as much technical training as possible, but also combine that with leadership and management training. When you have that business acumen and technical acumen, it really gives you a leg up in terms of being successful in the technology field.


I’ve always been instilled with the spirit of service to the nation. From my college years when I had an ROTC scholarship and served in the Army, to me, there is no greater good than being a public servant. This is why I was honored to go work at OPM at this time, to go in and help where we need help the most. 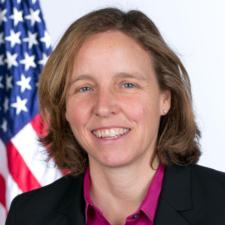 Megan Smith has helped the administration harness data, innovation and technology since joining the White House's Office of Science and Technology Policy in 2014.

With a focus on modernizing government, Smith has been working to bring in outside talent and training the existing IT workforce. She's helped develop standards around government websites and technology policy like open source, and she has been pushing to get underrepresented populations across the country into high-paying tech jobs.

A lot of young women are interested in solving problems, only sometimes it’s not clear to them that science and technology is one of the great ways to do that. When you look at something like the United Nation’s Sustainable Environment Goals, or something like the Justice Department, or Smart Cities, or climate change, the majority of those goals are going to be solved by interdisciplinary missions. All of them will have a science and technology component. If you want to work on solving some of the greatest challenges in the world, it’s very important to be fluent in all these disciplines. The second part of that is choosing ones that you are passionate about while teaming up with others who have other skills. That’s a really good way to move forward.


I was lucky in that I have had a lot of technical people around me when I was a child. I also had people solving problems around me in my local community, whether it was my parent or teachers in the public school system in Buffalo [in New York]. They are examples of making communities better using all the tools that were available, including science and technology as well as community organizing. My parents created a recycling center and bike routes and all kinds of stuff in Buffalo. I grew up seeing them impact their community.