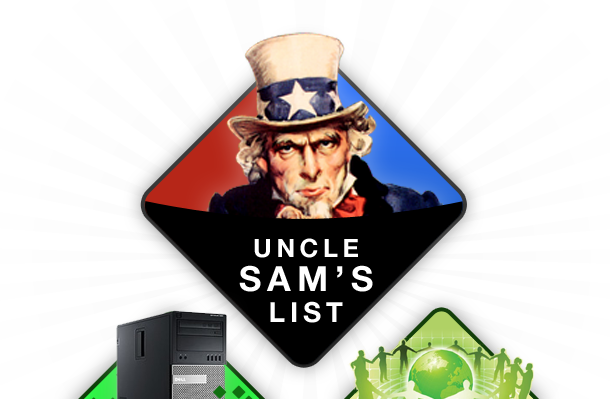 OMB hopes Uncle Sam’s List will be a one-stop shop for shared services.

“Shared first.” Since the Office of Management and Budget started encouraging federal agencies to think with that mindset a year ago, it’s been collecting data on government contracts. On June 6, two OMB officials explained how agencies will soon have access to these contracts, helping them root out opportunities to share service contracts with other agencies.

“Uncle Sam’s List” — officially launched in April, but still in its pilot stage — is the patriotic name OMB came up for its “prices paid portal.” It’s a one-stop hub for federal employees to browse government contracts.

Gathering information while building the portal has already identified more than 100 opportunities to eliminate redundant investments, according to Lisa Schlosser, OMB’s deputy administrator for e-government and information technology, who spoke at the 2013 Federal CIO-CFO Summit.

Over the 2013 to 2015 fiscal years, she said, eliminating those redundancies could save the government $2.5 billion. Thus far, it has netted $300 million in “real savings.”

“If you need, say data-center space, you go to this one database and identify who’s offering this service, who might have excess capacity that you can take advantage of,” Schlosser said, adding OMB was in the process of meeting with top-level acquisitions officers, information officers and financial officers at each federal agency.

“We’re gathering data on what agencies pay, and seeing where the outliers are and then seeing what support we can provide to get a better price,” said Norman Dong, OMB’s deputy controller.

Look at government cellphone plans, Dong said. During the information-gathering phase, they realized that for nearly identical plans — less than 400 monthly minutes with unlimited texts and data — different agencies were paying anywhere from $21 to $98 per month for each phone.

“Over time, we would expect to see more agencies going toward the $21 price point,” he said.

It’s all part of the broader plan to shift focus from “systems and software” to open data, uniform data representation, and open licenses, Schlosser said. But it’s not the first time OMB has talked about collaboration, Dong admitted. And the track record is not good. In in the past, everyone was “trying to build the Death Star within their own organization, one by one,” he joked.

But Dong believes this time is different. He even titled his presentation: “We’re all about transforming operations as a team (For real this time).”