The Department of Veterans Affairs plans to complete proposal evaluations and award a contract for a commercial patient scheduling system by the end of the year, the VA official in charge of the program told FedScoop.

Under fire on all fronts stemming from technical glitches and deliberate manipulation of the scheduling system that resulted in veterans not receiving timely care and even dying while awaiting care, VA has embarked upon a massive upgrade and replacement effort that officials refer to as “flooding the zone.” The approach involves an array of IT projects covering immediate, short-term and long-term objectives designed to improve the scheduling system as soon as possible. 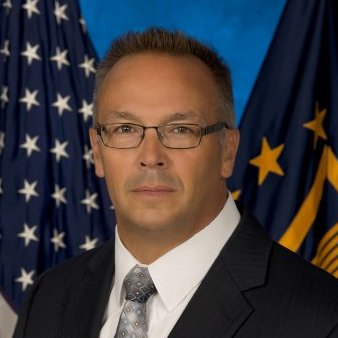 VA has completed more than 600 updates to its main electronic health record system, known as the Veterans Integrated System Technology Architecture (VistA). “And we continue to do that,” Steve Schliesman, the agency’s new assistant deputy chief information officer for project management and product development, said in an exclusive interview with FedScoop. “Right now we have 11 critical ones that we’re currently working and tracking on a day-to-day basis, fixing and addressing current shortfalls in the system to help provide immediate relief.”

A major part of the immediate effort stems from a recent VistA scheduling enhancements contract, which introduces a resource management dashboard, an aggregated clinical scheduling view and a single queue of the request lists. “So instead of … multiple different wait lists this aggregates all of the views into one single list so [each scheduler] knows they’re collectively working off of one authoritative list,” Schliesman said.

But the contract for a new commercial-off-the-shelf (COTS) scheduling module, known as the Medical Appointment Scheduling System, will be a highly complex undertaking that VA plans to tackle in increments, with the first round of new functionality deployed within six months of awarding the contract. The key, however, will be to deploy new COTS features without breaking the existing system that schedulers rely on to manage more than 260,000 patient appointments every day.

VistA’s scheduling module plays a fundamental role in the larger cycle of patient care and VA operations. VistA scheduling not only gets veterans appointments, but the data generated by the scheduling system is critical to the long-term management of VA’s medical practices and finances. Everything from health trends in specific populations of veterans to the amount of federal reimbursements provided to individual VA clinics is tied to the VistA scheduling system. Adding to the importance of a robust scheduling module are VA’s plans for telehealth, an army of offline home-care providers in remote locations for extended periods of time and the agency’s plans for mobile and Web-based self-service applications.

Officials are mum on the contract’s potential value, citing concerns that whenever a number is leaked, all industry proposals tend to come in at that precise figure. But Schliesman did acknowledge that there may be related infrastructure upgrade costs associated with the new system and that proposals—due by the end of October, as long as the RFP remains on schedule—will be required to undergo a full-blown proof-of-concept demonstration before being phased into live deployments. VA plans to conduct technical evaluations and complete demonstrations by mid-December, just weeks prior to awarding the contract.

Schliesman acknowledged that the evaluation time will be based on the number of proposals VA receives. The agency, however, has planned for a two-phased evaluation period. The first phase will involve a technical evaluation of each proposal. “But then adding an additional complexity of requiring that we actually conduct a demonstration, having [the vendor] demonstrate the capabilities of the system so we can actually see it as a proof of concept,” Schliesman said. “We should be able to see upfront the viability of the proposal based upon them bringing in the capabilities that exist.”

The demonstration phase would be conducted outside of VA’s networks, Schliesman said. But once the approach has been validated, it would be pushed out to pilot sites at VA facilities.

“We’re not asking our veterans and schedulers to wait for relief while we do this. What’s been missing in the press is the other efforts that have gone into correcting the immediate needs of the current system, enhancing the short-term capabilities of the apps and Web interfaces and even the work on the VistA schedule enhancements. We have work going on while this acquisition is running in parallel,” Schliesman said.” We’re not trying to delay any process. We want to get relief to the veterans as fast as we can. At the same time, we’re investing in the future evolution of the VA. So it’s got to be done right.” Follow @DanielVerton