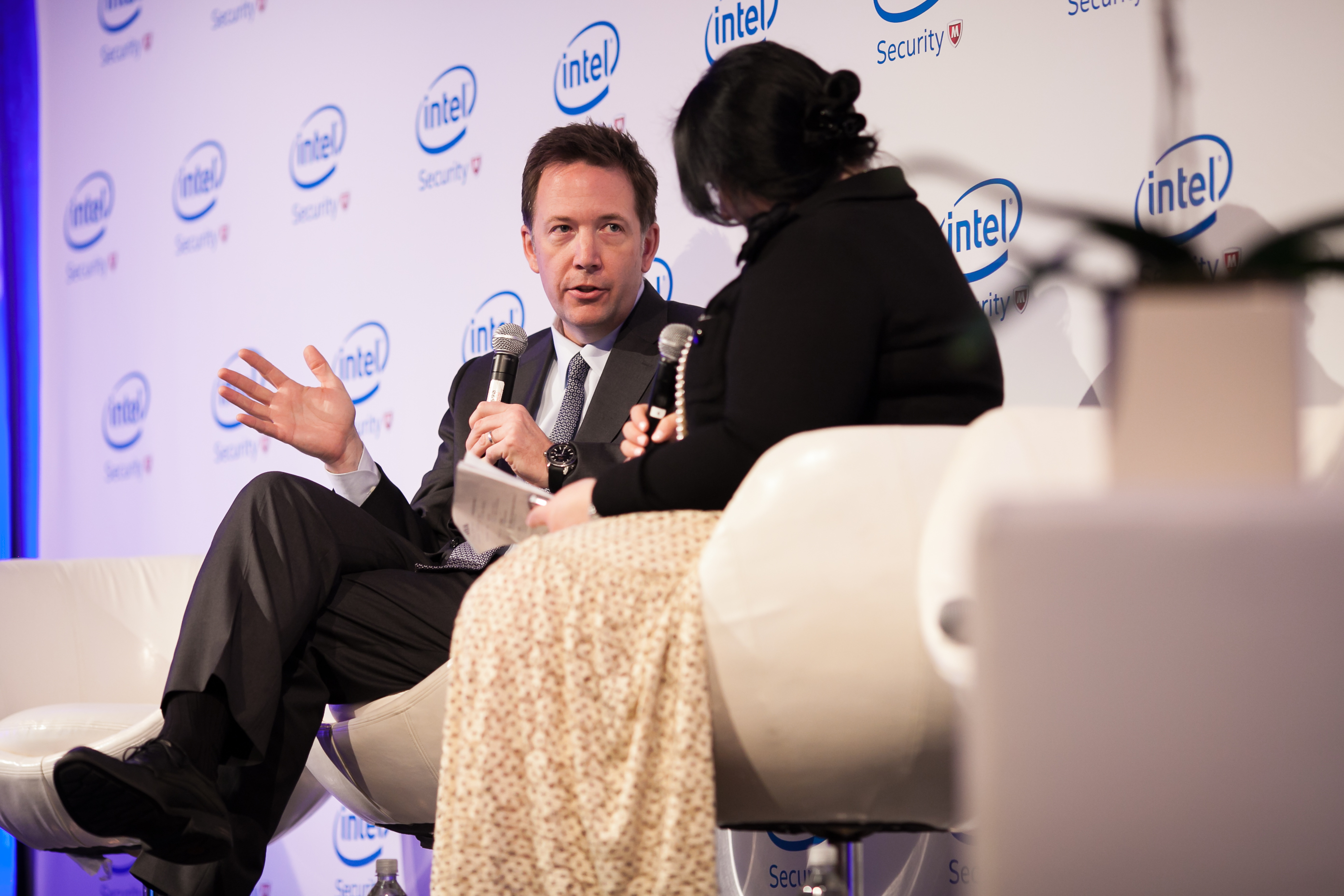 Next month marks two years since the Obama administration released its Digital Government Strategy for leveraging information technology to transform government services. And while some have complained about the lack of direction and resources to make change happen at the agency level, the nation’s top chief information officer said he sees the fruits of the strategy beginning to take hold.

“That transformation … is really starting to happen,” said U.S. CIO Steven VanRoekel. “In large part, we’re giving innovators and people inside government the permission to go do this work.”

VanRoekel outlined a broad array of digital government initiatives that have taken root during the last two years during an exclusive interview on Wednesday with FedScoop CEO Goldy Kamali at the Intel Security Through Innovation Summit in Washington, D.C.

VanRoekel’s remarks came on the same day FedScoop released an exclusive digital government study and survey, underwritten by Xerox Corp., that found while nearly everybody agrees on the need to create a digital government, the initiative faces significant challenges at the agency level.

But VanRoekel pointed to the administration’s experience with healthcare.gov as a watershed moment that has helped change the conversation throughout government and the private sector about the need to shift from searching for efficiencies to actually delivering on effectiveness.

Healthcare.gov “presents sort of a unique opportunity to have conversations that we weren’t able to have before,” VanRoekel said. “And this teachable moment is something that is really kind of helping us as a tech community have those frank conversations and bridge those gaps. The stuff we’ve been promoting around agile development, modular approaches [and] open data are now being heard.”

Among the many successes VanRoekel attributes to the government’s digital strategy is the focus on mobility.

“We still as a government treat mobile devices as on-premise devices as different things,” he said. “They’re managed differently, they’re secured differently … when we all know … those worlds are really going to blend.”

But the federal government has taken steps to address this challenge, according to VanRoekel. He pointed to the General Services Administration’s work to build a centralized capacity inside of government to help agencies conduct single procurements for mobile device management and providing guidance on open solutions for mobile apps.

“We’ve also set some direction for agencies … on making sure that federal websites are responsive and can render on any size screen,” he said. “You’re starting to see that really come alive at the federal level.”

One of the main goals of the digital strategy, VanRoekel said, was to develop a mobile security baseline that outlined federal security requirements for the mobile phone industry.

“Those are now being picked up,” he said. “Phones that are coming out now and during the last six months have picked up a lot of those capabilities.”

Perhaps the biggest impact of the digital strategy to date has been the work around open data, VanRoekel said.

“The most exciting stuff in open data is probably around … the transformation in the cultures of the agencies to embrace open data as a way of doing things in some cases better, faster and cheaper,” he said. “Agencies are now starting to think about open data as the default way that they’re collecting data from the outside world and using it internally, and in some cases, where it is clickable and public, disseminating it to the outside world.”

But what VanRoekel finds particularly exciting is how open data can help change and improve the lives of ordinary Americans. One example has been the effort by the Department of Health and Human Services to use open data to create apps for medical procedure cost comparison. Another example, which made headlines during the last couple of weeks, has been the government’s release of climate change data and the work being done to use that data to better understand climate change.

“There are major decisions that Americans make every day, from medical to where do I live and how do I live, to other things where data can really transform that equation and give you insights into making your own decisions,” VanRoekel said.