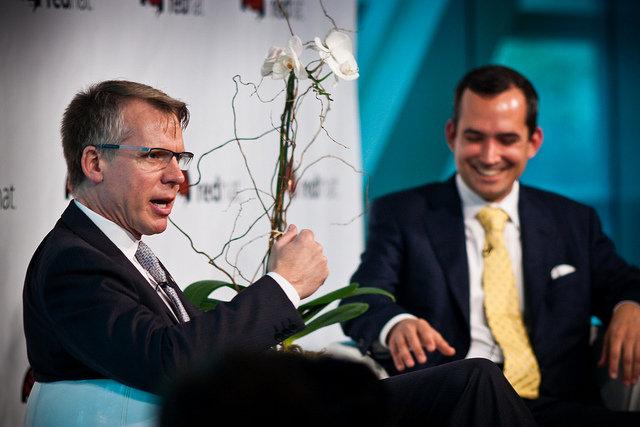 More than 300 leaders from government and industry discussed how federal agencies can best implement the Office of Management and Budget’s 25-Point Plan to Reform Federal IT at the Red Hat Government Symposium, held Wednesday at the Newseum in Washington, D.C.

Attendees then broke off into breakout sessions. The first session included “The Importance of Open Source to Cloud Strategy,” “Red Hat PaaS: The Full Scoop” and an update on federal government cloud computing.